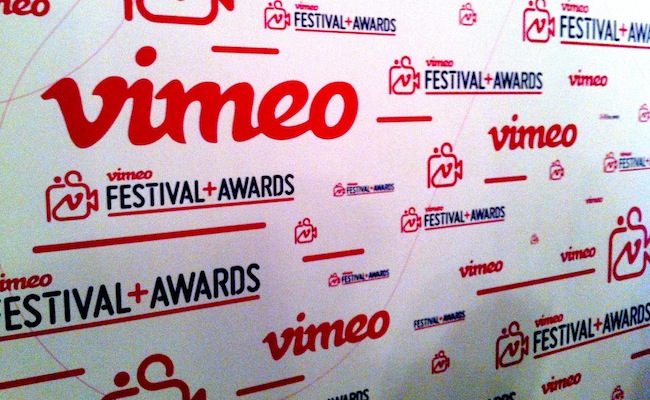 Kenny Powers, Vimeo, and the Importance of Online Video Awards

Two-time Academy Award-nominee Lucy Walker was the first presenter at the 2012 Vimeo Awards at NYU’s Skirball Center in New York City. “Filmmakers love and indeed need awards,” said the director of Waste Land and The Tsunami and the Cherry Blossom to the audience in the crowded theater after she told the story of how taking home a trophy at a small film festival early in her career gave her (and those around her) the confidence that she should further pursue work behind the camera.

The point was reiterated by the second presenter of the evening and 2010 Vimeo Award Winner for Best Narrative, Gabriel Bisset-Smith. “I still don’t know what I’m doing,” said the creator of Thrush (the short that won him a large, shiny, metallic “V” for Vimeo trophy two years ago), “but the Vimeo award has tricked others into thinking that I do.”

Walker, Bisset-Smith and a host of other Vimeo Awards Judges and previous winners honored finalists and a new crop of winners in no less than 17 different categories throughout the evening. Praises were bestowed upon Vimeo’s tight-knit and talented community and acceptance speeches were said between messages from a highfalutin voiceover guy, Beardyman’s rendition of Ol’ Dirty Bastard, Reggie Watts’ beatboxing and live-loopin’ sermons, and a host of technical glitches that rendered many of London-based arts and technology collective Seeper’s trillion pixel, projection-mapped stage show unwatchable.

The individuals, teams, and companies that will one day note the ways in which their careers were positively impacted by winning an award from an online video sharing site with an incredibly creative community include:

In addition to those large, shiny, metallic “V” for Vimeo trophies, winners of the 13 non-Honorary categories each took home a $5,000 grant, with the creators of Symmetry receiving an additional $25,000 for winning the Grand Prize.

Here’s to all the finalists, to more award shows to come that will positively impact the winners’ careers, and to K-Swiss for having what the creators of MFCEO called “big balls of steel” for letting advertising like the below come to be:

Check out all the winners of the 2012 Vimeo Awards here.