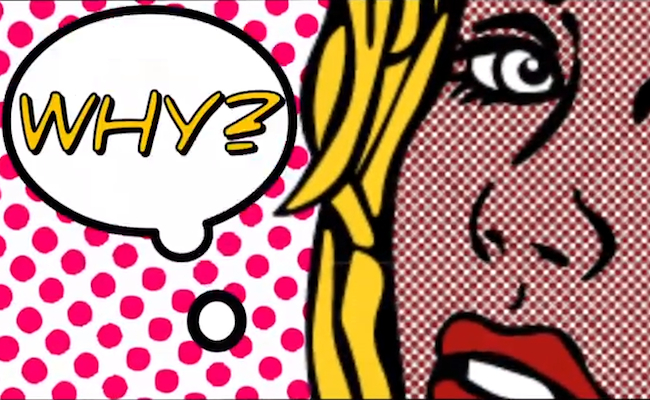 ‘PopSpot Video’ is ‘Pop Up Video’ for Viral Videos

PopSpot Video is VH1’s Pop Up Video rebooted for the YouTube generation. The program features old viral videos we’ve all seen before made new again by way of giving us something we haven’t seen, tens of quirky-fact-filled bubbles popping up on screen via simple animation and a super cute sound effect.

Did you know Antoine Dodson was holding a bus schedule in his now world famous local news interview? And Amber Lee Ettinger aka Obama Girl was crowned Miss Manhattan 2003 by Hooters? Me neither! But after watching PopSpot Video, now we both do.

If PopSpot Video doesn’t only look inspired by Pop Up Video, but kinda sorta like its exactly the same thing, that’s because both programs were created by the same people. Thompson was one of the original individuals behind the VH1 classic that let the world know (among many other things) Robin Williams is in the video for Bobby McFarren’s Don’t Worry Be Happy.  The viral video iteration of Pop Up Video is officially produced by Eyeboogie, Thompson’s LA-based content creation company behind other online video programs like Yahoo’s Who Knew? and MSN’s Last Night on TV.

You can watch PopSpot Video on the PopSpot YouTube channel, which is home to a a handful of original series, including Pop Pinata (which is like a video version of Perez Hilton), Today’s the Day (which lets you know whatever big pop culture event happened today), and a “series of truly amazing celebrity super slo-mo videos” called Slo-As-A-Mo-Fo-Sho show (which is obviously a fantastic name). Be sure to tune in.