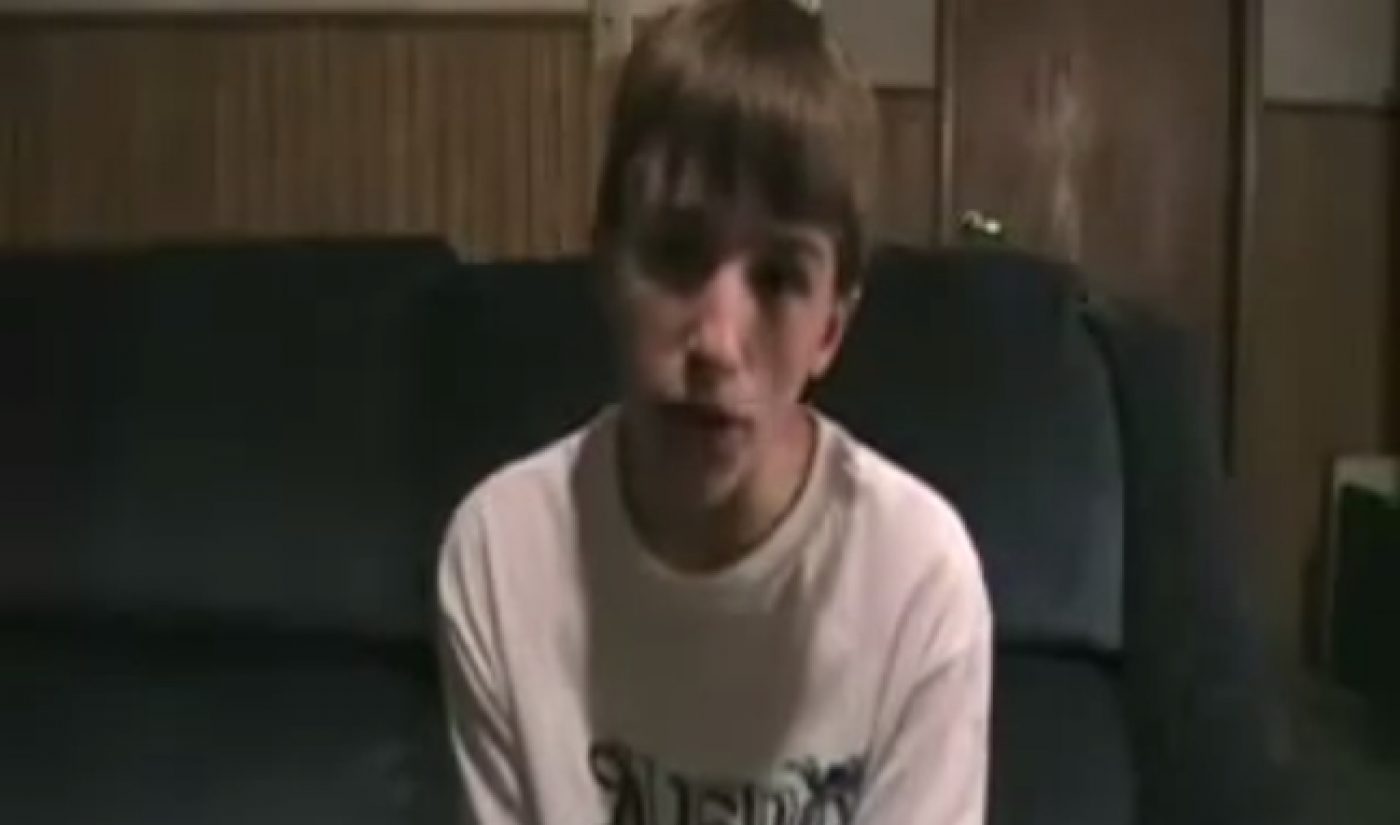 [Editor’s Note: The First Drafts Series is a Tubefilter column that highlights and critiques the first online videos from the world’s greatest online video stars.]

Before he was the star of two Nickelodeon feature films, an upcoming theatrical feature, his own television show, and the winner of a Teen Choice Award, Lucas Cruikshank (a.k.a. fast-talking Fred Figglehorn) was….Kelly: The girl with a bladder infection.

Once you overcome your shock and awe that he can actually speak at a normal speed, consider this: When Lucas Cruikshank first began posting vids on YouTube, he had about as much chance of becoming a movie star as a lawn chair. He was 12 years old and lived in Columbus, Nebraska, which is about as far away from Hollywood as Sirius the Dog Star. Yet somehow, he went on to guest star on Hannah Montana, iJustine and even iCarly.

Yes, we know. You’re not a pre or immediately post-pubescent teen, so you hate Fred. You find him annoying. You want to use whatever noise is coming out of his larynx for the purposes of torturing your enemies. But you’ve got to admit, he’s got a good thing going. So what can we learn from him, especially from this very first attempt? Well, a few things:

Check out Cruikshank’s raw talent. He’s a natural. He’s comfortable talking about bladder infections, he’s comfortable playing a girl, and he makes us laugh in spite of ourselves. What’s the lesson? If you’re this creative and charismatic, start making videos NOW. Oh, and don’t let a lack of resources deter you. As half-a-billion-views-hitter and YouTube superstar Freddie Wong says, “Don’t ever let a lack of equipment or programs stop you from going out and making videos — use whatever you can get your hands on.”

The most popular web video genre is comedy.

Web audiences like to laugh. (Earth-shattering news, right?) And whether or not Cruikshank read our screamingly obscure thesis on the 19 different types of jokes, he sure knows how to use one of those types: Repetition. A good repetition joke, like the kitty, kitty, kitty joke, is priceless. Monty Python used repetition jokes for hilarious results.  And in Kelly: The girl with a bladder infection, Fred masters the tactic.

This was presumably Cruikshank’s first YouTube posting. But he was nonetheless willing to experiment with colorization, timing, slow-motion, and other filmic effects.  It wasn’t just a vlog. It was a vlog with some style.

Oh, and it almost never hurts to have a cute kitten in your video.

In this case, Kelly’s co-star was “Kit-Kat.” Kit-Kat has since dropped out of showbiz and is working as a tollbooth attendant on the Gowanus Canal, but Cruikshank sure isn’t.  And perhaps we’ve given you some insight as to why… and some ideas on how you can do the same.

But what do you think?  Let us know your thoughts on Fred Figglehorn’s first draft in the comments below!