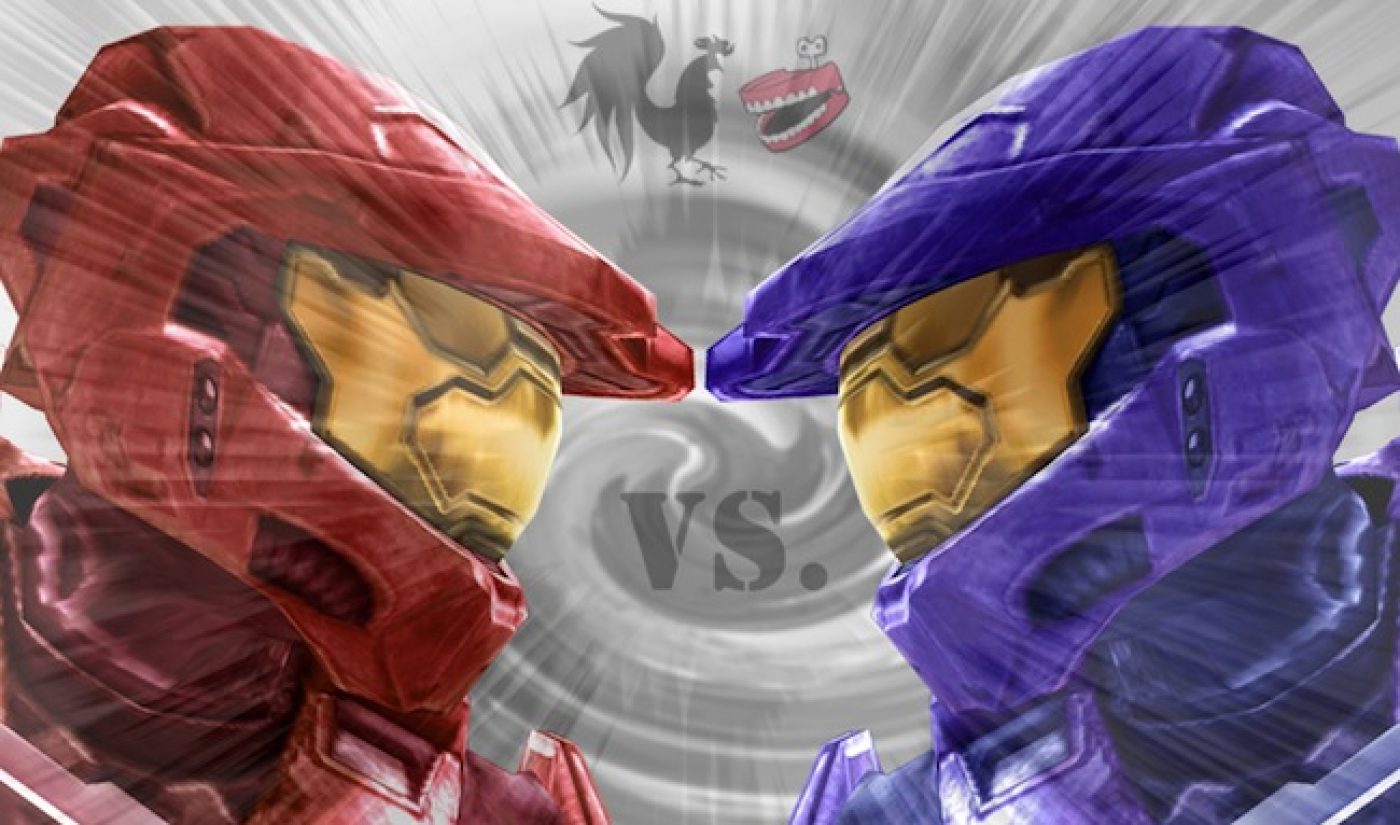 Rooster Teeth is the latest member of the One Billion Views Club on YouTube. The production company based out of Austin, Texas most famous for its machinima-created, Halo-inspired, sci-fi-themed and comically-oriented original web series Red vs. Blue (which the live-action and animation shop has been making since way back in June 2003) watched its channel cross over the 10-figure view count threshold on the world’s largest video sharing site sometime last week.

To commemorate the occasion, the crew at Rooster Teeth made a self-deprecating, NSFW, thank you video directed towards the viewers (as well as the moms of those viewers) that made such an occasion possible. The individuals behind RvB and a handful of other online video programs (like the fantastic Immersion, which is like a Mythbusters for video game aficionados) also sent their love (or like) to all their fans. Check it out:

Rooster Teeth joins YouTube’s One Billion Views Club along with recent new media studio and online original inductees including, but not limited to The Annoying Orange, Clevver Media, and Mondo Media.

All 1.3 million or so registered members of the Rooster Teeth forums and avid watchers of any of Rooster Teeth’s  original programming are surely excited by this news, but they’re also anxiously anticipating the possibility of seeing the Rooster Teeth team in person.

RTX 2012 is scheduled to take place  July 7th and 8th at the Austin Convention Center. It’s Rooster Teeth’s conference that brings together fans, avid gamers, and video game makers to give those fans and avid gamers an opportunity to check out the video game makers’ latest titles. Learn more about the event and be sure to grab your tickets here.