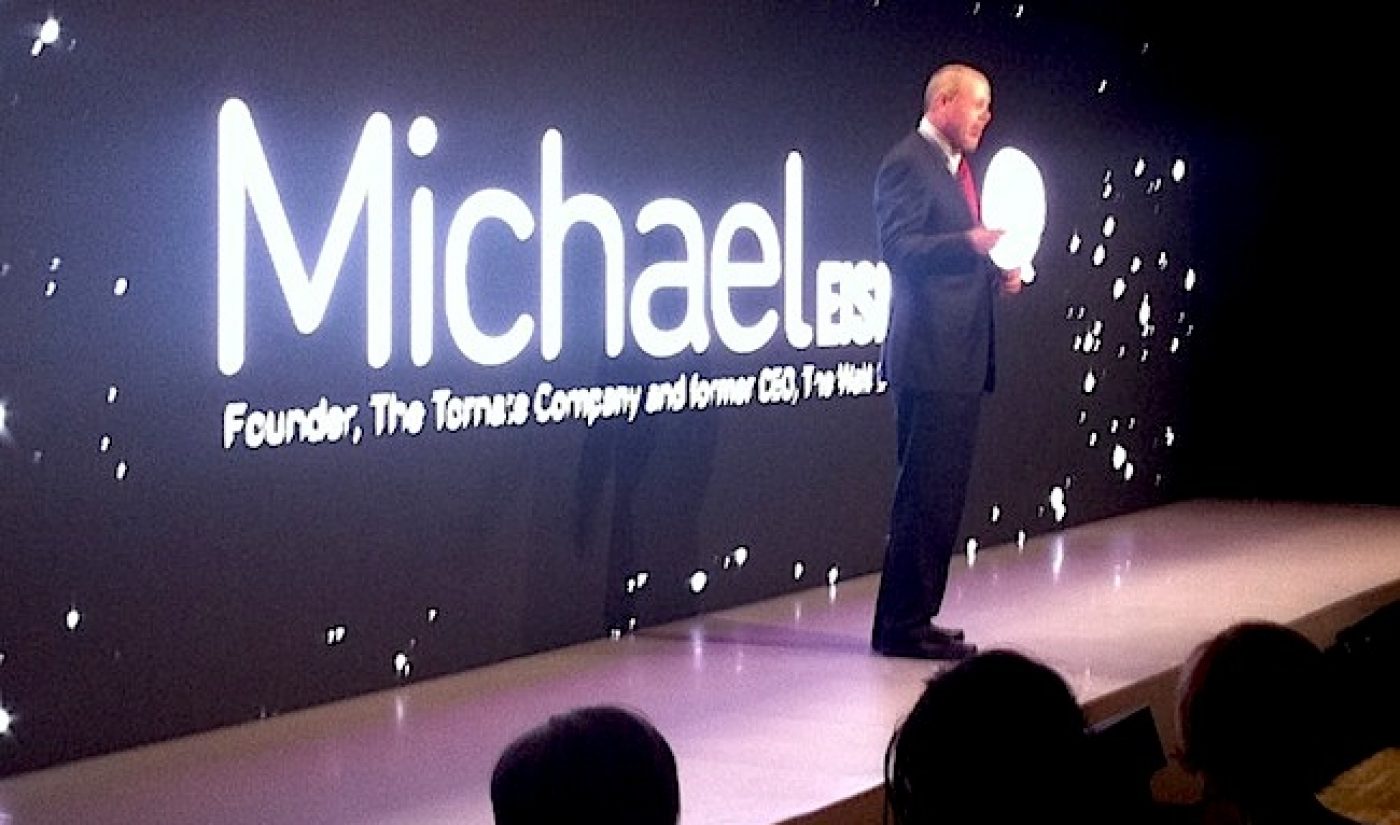 One of the highlights of AOL’s Digital Content NewFront came after AOL CEO Tim Armstrong introduced a short clip highlighting some of the best major motion pictures and television programming of all time (like Raiders of the Lost Ark, Beverly Hills Cop, Cheers, Family Ties, and more), which in turn introduced one of the individuals instrumental in making all of those major motion picture and television programs come to fruition, Michael Eisner.

The former-CEO of Disney and founder of new media studio Vuguru (which is behind such online video productions as Prom Queen, The All-For-Nots, Don’t Ask Don’t Tell, The Booth at the End, the soon-to-launch-on-AOL Little Women Big Cars and Fetching, and more) gave the audience a very abridged version of his career in show business before giving the audience a very brief education in the current state of entertainment.

Eisner explained that while New York Times television reporter Bill Carter (who wrote The Late Shift and its sequel The War For Late Night) may blame slipping television ratings on the weather (at least partially), the fault may actually lie with the growing popularity of the burgeoning entertainment medium of online video.

The “online video is poised to be bigger than any entertainment medium we’ve ever seen before” mantra is one that Eisner’s been uttering for a while, but with every passing day it seems more like a truism than a prayer. The online video conversation has changed in recent months. A greater number of viewers are tuning in, too.

Now it’s time for more advertisers to get on board. And here was Eisner’s pitch to all those sitting in the room at this particular Digital Content NewFront event:

Advertisers want to find programs that consumers watch. The networks put on shows they want to put on and they hope advertisers will support them. We’re now at a time when advertisers can support video and have a say in the shaping of that content.

The ex-executive of at least a few major motion picture studios noted that major motion picture studio executives may say they listen to advertisers, but they don’t. They listen to whatever pitch looks good that they think will resonate with consumers. But now, by way of online video, advertisers and brands have an unprecedented opportunity to be included in the discussion at the development table. Eisner believes they should pull up a chair and have a seat.