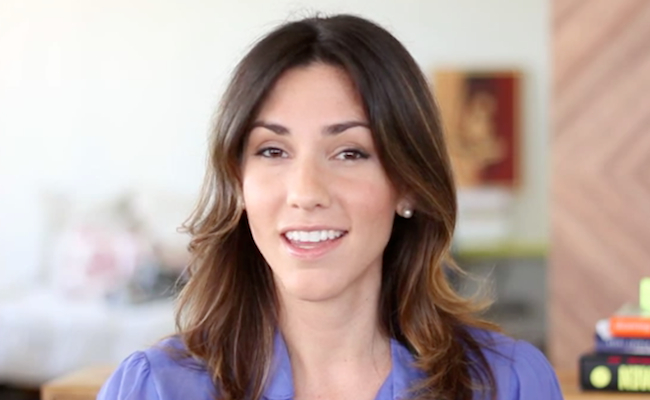 You Haven’t Seen an Independent Online Travel Show Like This 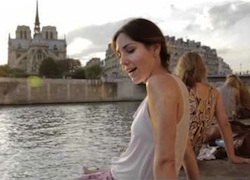 There’s an underrepresented genre in independently produced online video. That genre is travel.

You can find a glut of beauty, fitness, fashion, food, and even special effects programming online, made by basement-born YouTube phenoms who shoot in their bedrooms with whatever webcam comes pre-installed on their computers (or at least some of them did shoot in their bedrooms with whatever webcam came pre-installed on their computers before they had multi-million subscriber followings and the expendable cash for better equipment).

There’s a reason for that glut, too. Showcasing the metallic hued possibilities of the latest Maybelline eye liner, talking about what accessories may or may not go with that azure silk top you found on Of a Kind, showing off those abs, preparing one pot meals, and/or playing basketball with a space portal takes personality, creativity, skills, and your basic production gear, but not a whole heck of a lot else. That makes it cheaper and (in many ways) easier to produce than any type of programming that involves natural light, outdoor spaces, and exotic and/or beautiful and/or historically significant locales thousands of miles apart.

Of course, there are some great independent online content creators creating amazing travel-oriented programming (like Peter Bragiel and his In Transit), but there aren’t a lot of them. That’s why Sonia Gil created Sonia’s Travels.

The online original uploaded its first travel video to YouTube back in August, 2011 and since then has featured weekly or more installments of Gil’s decidedly down-to-earth trips around the globe. These aren’t your average you-have-to-try-the-boeuf-bourguignon-at-this-19th-century-Marseillan-restaurant-or-the-pig-offal-at-this-hole-in-the-wall-in-Bordeaux, you-must-stay-in-the-Viscount’s-Suite-at-this-English-manor-turned-hotel, you-should-quaff-something-elegant-inside-this-Sicilian-grotto travel videos you tend to find on cable television networks. Sonia’s Travels is more about an “attitude” than where to stay, what to eat, or what to do.

That attitude Gil describes as the traveler’s desire to try to experience other cultures, peoples, and places, to try to understand them, and in the process learn something about themselves. Here’s an example:

Gil started Sonia’s Travels with her business partner Carlos Lizarralde after the two successfully created and built up the business of their media-based, language learning software Fluenz. And it’s Fluenz (along with Gil’s legitimate love of travel and entrepreneurial DNA) that gives them an opportunity to succeed in a genre where other indie content creators haven’t.

Gil is traveling around the globe for Fluenz as part of her normal everyday business activities. That, and the fact she’s traveled at any given opportunity since finishing college (with extended stints in China, the Amazon, France, Italy, and more) means she’s already intimately familiar with many of the destinations represented on Sonia’s Travels. It also means that after partnering with a hyper-talented videographer, Gil can extend her business trips by a day or two or plan visits while she’s already across the pond. That make the costs of producing Sonia’s Travels marginal instead of prohibitive.

“Travel videos are not the easiest thing to produce,” Gil told me over the phone. “But they are something we can do well and we can do fast and hopefully we can have a real impact on this space.”

And Sonia’s Travels already has had an impact on at least one as-of-yet-unnamed-because-negotiations-are-still-underway cable network. “They discovered us on YouTube and contacted us immediately,” Gil explained. “The initial conversation was that they wanted to acquire the content, take it offline, and put it on TV. We were flattered, but not interested. We’re big believers in online video and our first and foremost goal is to be a part of this web revolution.”

For now, you can (and should) catch Sonia’s Travels only on YouTube at YouTube.com/SoniasTravels.