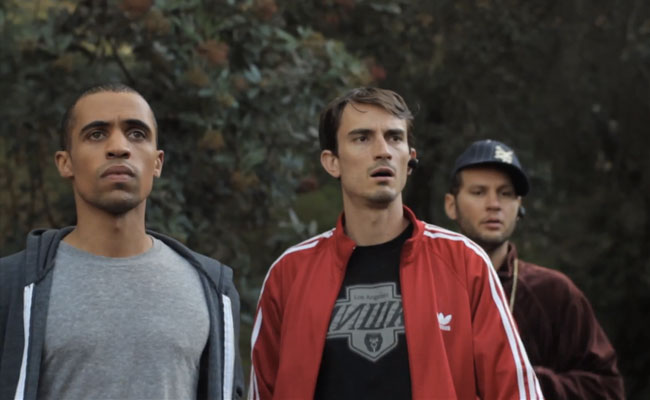 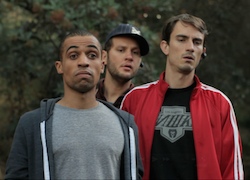 As YouTube networks solidify and creators begin making actual paychecks, it’s easy to forget about the passion filled collaborative days of YouTube’s yesteryear that helped to build some of the site’s biggest fan bases. YouTubers working with YouTubers was a powerful tool that not only grew audiences, but gave content creators an opportunity to have fun working with fellow talent. Yes, collabs certainly still happen, but it feels like they’re happening less so between individuals represented by different YouTube networks. Thankfully, though, we have a show like The Stooges to further remind us people are still working together and it doesn’t always have to be all about the Benjamin’s (not that there’s anything wrong if it is).

Shot on a modest budget bumping $10K (which included a lot of free labor from savvy individuals like Justin Martinez, Polly Morgan, Robert Fox, and more), the series features YouTube stars Eric Pumphrey of Reckless Tortuga and Rawn Erickson (HiimRawn) of Maker Studios, as well as Luke Edwards, who you may remember as the young kid in Newsies, The Wizard and Little Big League. All of the talent cleared their busy schedules to join the series because of a passion for the script and the writer/director Natan Moss, a visual effects artist and editor who worked on projects including Andy Samberg’s Hot Rod and Showtime’s Californication. The series was self-funded and produced by Moss and Edwards as well as Lee Sacks and (Tubefilter contributor) Adam Wright.

Premiering March 26th, the series follows George (Pumphrey) an out of work loser who turns to slinging drugs with his cohorts Mikhail(Edwards), a Russian coke-addict and Rawn (HiimRawn – basically as himself), in order to make ends meet. Being a drug dealer ain’t easy though, and mayhem ensues as this dysfunctional trio runs into a host of strange characters including an Asian Rabbi, a stoic Samoan gangster, and a kid with Justin Bieber hair. And in case you’re wondering, yes, it’s a comedy.

Check out the trailer below and tune into the premiere next week.