Neil Patrick Harris Gets a Show on ‘Nerdist’ YouTube Channel 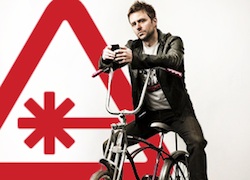 “This channel will give us the opportunity to create programming that would normally be crushed by the constraints of television,” said Hardwick in a post on Nerdist.com last October. “While we will certainly be producing more traditional long-form content, TV just doesn’t have a place for pieces from :30 to 7 min. Also, if you’ve ever gone through television development you know that it is a LONG process where a lot of the original creator’s voice usually gets lost along the way.”

The online video initiative is a partnership between Nerdist, Jim Henson Company, GeekChicDaily (which is now Nerdist News) and Broadway Video Entertainment (aka Lorne Michaels’ studio). The channel promises to create and distribute content that will cover nerd culture in all its awesome glory.

The Course for the Force is one of the few programs already announced. It’s a lightsaber relay from Santa Monica to San Diego that will coincide with Comic-Con, produced in partnership with Machinima and Lucasfilm, with benefits going to the Make-A-Wish Foundation.

Hardwick broke the news of the early April launch date by way of a YouTube video on the Nerdist channel. The clip features Hardwick on camera in full zombie getup (thanks to Walking Dead makeup artist Greg Nicotero) channeling that guy from The Princess Bride who works in the Pit of Despair.

April 2 is going to be a great day for nerds across the world.