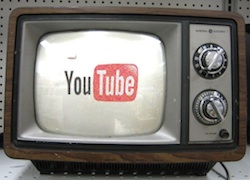 ComScore recently released its 2012 US Digital Futre in Focus Report. The white paper is meant to examine “how the prevailing trends in social media, search, online video, digital advertising, mobile and e-commerce define the current United States marketplace and what these trends mean for the year ahead” and (as the title would imply) help bring the digital future into focus.

The online video findings detailed in the report are sure to make anyone involved in the online video industry all jazz hands about the direction in which consumer behaviors are heading.

First, those living the US are watching a helluva lot more online video than they did before. By December 2011, comScore estimates an average of 105 million Americans consumed some form of online video every single day. That’s roughly one-third of the entire US population and up 43% from December 2010’s numbers.

And fourth, comScore made a few interesting findings about the state and quality of online video advertising, the most notable of which is consumers find online video ads to be 38% more memorable than ads on traditional television.

ComScore Product Manager for Online Video Dan Piech attributes the rise in online video consumption to “an increase in quality, original, created for the web content.” Check out the video below so you can hear that quote and other key findings from the 2012 US Digitual Futre in Focus Report straight from the horse’s mouth.