[Editor’s Note: When YouTube went live with its redesign in early December, it was the online video industry equivalent to the launch of a new iPhone. In other words, a very big deal. The following guest post was written by Brandon Martinez and Jon Baltz, the collective Co-Founders and respective CEO and VP of Marketing for INDMUSIC. They share their thoughts on how design changes to a site that delivers 88.2 billion videos a month affects their business as a burgeoning YouTube Network. You can follow INDMUSIC on Twitter @INDMUSIC.] 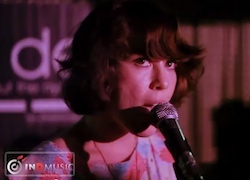 Every time a major website goes through a design change it sets off a firestorm. The reaction generally ranges somewhere between kicking a puppy and setting grandma on fire. Google is deliberate about major changes and the new YouTube channel layout is exactly the type of change that can’t go wrong. So did it?

From a Network Perspective

A little background about what our organization does on YouTube: INDMUSIC is a music content network that produces professional videos and also enables other music-related channels (independent bands, labels, and anyone making content about music) to monetize their views and all the other fun that comes with being a YouTube Partner. The new layout for our page allows viewers to instantly identify that INDMUSIC is a network and demonstrate that if you like our content, you’re bound to enjoy some of our partners as well.

Our company is definitely the new kid on the block, but we’ve had a few years experience with YouTube in our various other positions. We like the new layout because it allows us to feature a video, highlight playlists of series that we want to continue to drive views to, and shout out our channel partners all at the same time. With the old layout there was no way to put so much varied content on the same page without it seeming cluttered. The change allows us to put all of our content in front of our audience without causing them too much visual distress. Ideally, this leads to stronger brand loyalty and will allow us to curate for our audience.

As suggested by Phil DeFranco the only featured tab worth using is “Blogger.” Even if you aren’t a blogger, it lets you add multiple channels, playlists, and feature your uploaded videos. All of the other formats are clunky and don’t give you the variety of options, so don’t waste your time, listen to Phil, and just use Blogger.

One downside we’ve found is that you can’t manipulate your other channel pages; they appear in the order you input them. That issue becomes a bigger deal for us when we want to feature channel partners by placing them at the top. If an artist has an album or official video coming out, we’d like to bump them up for increased visibility, but can’t do this without deleting each channel before them & starting from scratch. If you have a workaround, please let us know!

Analytics Are Your Friend

The new analytics overview screen is similar to fuller CMS (Content Management Systems) accounts, offering informative graphics and stats about your video’s performance, audience engagement, and audience demographic information.  The information is easy to read and interpret. The improved audience retention feature shows where people lose interest in your content so you can figure out how to improve those weak areas. Analytics also let you see where your viewers are watching your content (geographically and which website they used).

Why is all that important? For example, as an artist, you might find you have a huge Icelandic fan base that watches your videos on Facebook on Wednesday. You can use that information to directly engage with the audience on Facebook, get ideas for future videos, and build your online community. Hell, maybe even start a Kickstarter campaign to get your fans to send you to Iceland (we hear it’s beautiful in Summer).

The YouTube changes favor content creators, allowing your fans to interact with your channel with greater ease and comfort. Is the new layout going to change the game? Probably not, but it puts more content in front of the viewing public, which is going to make a lot of content watchers very happy.

Brandon Martinez is the Co-Founder & CEO of INDMUSIC, a music startup focusing on monetizing video content for unsigned and independent musicians. Previously, Martinez was the Head of Digital Media at Abrams Artists Agency, a top 10 bi-coastal talent & literary agency. Martinez formed the Digital Media Department in 2008, spinning it out of the Alternative Programming Department, as an assistant. He worked to develop emerging independent talent into premiere writers and directors of today.  Martinez led his creators to groundbreaking deals with Digital Broadcast Group, BET Digital, Sony Online Entertainment, and BBC Worldwide, among many others. He can be reached via Twitter at @Awesomeosity.

Jon Baltz is Co-Founder and VP of Marketing for INDMUSIC, a YouTube channel that aggregates the best music content on the web. If you produce music videos for YouTube and would like to be featured or interested in joining the network email: contactATindmusicnetworkDOTcom. He can be reached via Twitter at @jonbaltz.