How Many People Will Watch the Super Bowl Online? 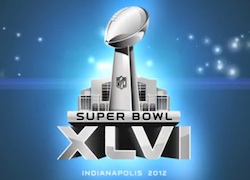 The Associated Press broke the news America’s most anticipated sporting event (along with NBC’s broadcasts of wild card Saturday and the Pro Bowl) will be available “on the league’s and network’s websites and through Verizon’s NFL Mobile app.” Online viewers will have access to “additional camera angles, in-game highlights and live stats – and replays of those always popular Super Bowl ads.”

The move may seem particularly innovative to the casual online video viewer, but it’s almost status quo for NBC. The AP notes the network has streamed it’s Sunday Night Football broadcasts for the past four seasons. On any given Sunday, NBC’s telecast will average 21 million viewers, while its live stream will garner between 200,000 to 300,000 paris of eyeballs. Hans Shroeder, the NFL’s senior vice president of media strategy and development, indicates that most of those online views come from individuals using the live stream to compliment their television-watching experience.

So, the big question is, how many people will watch Super Bowl 46 on an internet connected device that’s not their television? If we assume the TV to online viewership ratio stays constant on Super Bowl Sunday, expect between 1.057 million and 1.585 million people to watch the live stream on their computers, smartphones, and tablets.

If those numbers are accurate, that would make the Super Bowl about one-third as popular as The Royal Wedding. Akami, an internet data delivery company that powers the streaming capabilities behind the web’s biggest sites, estimated the online viewership for William and Kate’s nuptials peaked at about 2.9 million simultaneous streams.