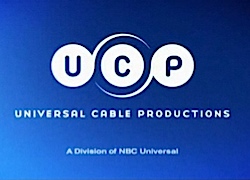 Universal Cable Productions is a growing part of the NBC Universal family best known for creating popular shows for Syfy and USA Network (including Battlestar Galactica, Eureka, Psych, Royal Pains, Law & Order: Criminal Intent, and more). This particular arm of NBCU is looking to expand into short-form content in the near future. More specifically, Universal Cable Productions is launching a digital studio which will create both original web series and digital content derivative of its pre-existing TV properties.

A television network/studio entering the digital marketplace isn’t anything new, but Comcast shuttered the NBC Universal Digital Studio (which was behind online originals like FCU: Fact Checkers Unit and CTRL) earlier this year. That makes this story particularly interesting.

In an Ad Age article from last July, an NBC Universal spokeswoman explained Comcast’s decision to close the digital studio in the following terms: “Going forward we plan to focus our digital efforts and investment on content that’s supportive of our on-air programs, providing our audience with additional content that further engages them in our shows.”

The forthcoming UCP Digital Studio will create derivative content, but according to this job posting, the new entity will also create original web series, which appears to go against the rationale for shutting down the original NBC Universal Digital Studio in the first place.

So, what gives? I’m not sure. But, given the NBC powers that be want to focus more on derivative programming, it is possible they simply tapped a division within the company with a good track record in the genre (after all, UCP was responsible for the Streamy Award-winning series Battlestar Galactica: The Face of the Enemy and has a history of creating programming with a cult following) and the development of original web series will be far less of a focus. It’s also possible NBC Universal wants to give the whole digital studio business another go with a brand new team.

Regardless of the reasoning, details are scarce. It will be interesting to see how Universal Cable Productions moves forward. Will the derivative content be used to keep audiences interested between hiatuses and help create a flow of constant content? Will they be as good as The Office‘s companion web series? Will original series be used as backdoor pilots? Stay tuned.