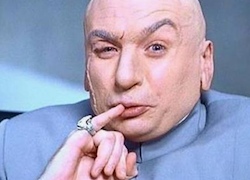 Don’t let the 2007 web design aesthetic fool you. Clevver Media gets a helluva lot of views.

The online content producer of tween and teen programming with a handful of eponymous brands in a variety of verticals (including ClevverTV, ClevverGames, ClevverMovies, and ClevverMusic) just today announced it joined the 10-figure view club. Across all its media channels and distribution outlets, the company’s now garnered over 1 billion views.

The majority of those views come from ClevverTV’s YouTube channel, which has amassed 381,000+ subscribers and garnered over 676+ million views across 5,825+ videos since it’s launch on March 17, 2008. If you’re keeping score at home, that breaks down to just over 539,000 daily views and four-and-a-half videos uploaded every day for the past three years, five months, and seven days.

Seems impressive, right? That’s because it is. ComScore recently ranked Clevver TV the seventh most viewed YouTube partner channel in the month of July, with over 7.3 million unique viewers spending an average of 10.3 minutes watching one to two-minute clips of what is more or less a lo-fi Entertainment Tonight for middle schoolers. (Not that there’s anything wrong with that, though there might be something wrong with referring to Selena Gomez as “SG.” But whatevs. It’s obviously working.)

Clevver Media’s other views mostly come from its ClevverMovies YouTube Channel, which is up to 372+ million total views across 2,651 videos. If you want to stay hip to whose stickers the kids are putting on their Trapper Keepers these days or know all the names of the individuals on the cover of Tiger Beat, add a few views to those numbers and tune in.