Is it Time to Drop the ‘Web’ from Web Series?

There’s a lively debate circulating around this week in online video circles, one that has been brewing for some time now. It’s all about names. Or, specifically, whether the term “web series” should still be used today. Credit to What’s Trending creator and host Shira Lazar for stoking the fire with her tweet:

With that followed a post by producer Wilson Cleveland, who for the most part agreed with Shira, writing:

Whenever possible, I avoid the term ‘web series.’ Sometimes a client will insist upon qualifying whatever we’re producing as such (typically a scripted, longer-form series) and I do my best to convince them we’re better off going with ‘original series’ and here’s why: The average media consumer judges their entertainment by the platform it’s released on. They just do. I’ve always believed one of the more obvious roadblocks online programming faces in achieving mainstream awareness (and mainstream money) lies with how the mainstream perceives the web itself.

Add to that the shifting tide at Hulu, which recently dropped its Web Originals category in favor of grouping all of its shows, both TV fare and produced-for-internet, together. Vuguru, with its recent release of The Booth at the End on Hulu, prefers to call it a “multi-platform series” and Vuguru president Larry Tanz is even proposing a panel at SXSW this year with the headline:
Stop Calling It a F@$king Web-Series.

Larry elaborated this to us over email,

We don’t use the term webseries for several reasons – one of them being just accuracy – because our properties run on on television or VOD as well as online. Also webseries has come to imply very short form and lower production vaue while Vuguru makes long form projects that have natural chapter breaks and they are all broadcast quality. We usually call them properties, shows, series, or films – depends on who we are talking to – some terms are more appropriate in certain contexts than others. For example, if I go to MIP and I am taking to a German broadcaster about The Booth at the End, I would call it either a 2 hour film or a miniseries with 5 half hours, then when I talk with a Japanese mobile video distributor I would explain that it is a series with 62 two-minute chapters. If I call it a web series it wouldn’t mean much to either of those buyers. When we put in on Hulu (as 5 half hours), if we had labeled it as a webseries, I don’t think the audience would have perceived it on par with the other offerings on Hulu.

It’s an evolution – they used to call shows on cable “cable shows” but they surely don’t anymore.

The debate picked up again in earnest on Facebook, with a counterargument from Blip.tv’s Rick Rey:

I completely understand the argument, but you have to keep in mind that the phrase “web series” means something to viewers. They understand it. Calling it content, transmedia, independent shows, etc doesn’t resonate as much. Some would say the term TV has evolved into more of a conceptual framework for programming than a strict term that describes a delivery mechanism. Ultimately we have to talk about our content in a way that a mainstream audience can understand and get behind. In my opinion, the “web” in web series represents the unique experience we offer viewers vs. the more passive experience of television or indie film, and we should embrace it. We live and breath on the web, as do our shows. 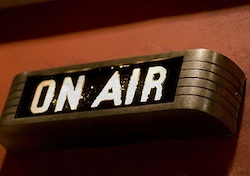 What I think is at play here is the fundamental lack of effective signaling devices with entertainment content released on the internet. I was an economics major back in college, and we learned that signaling effects are inherent to all sorts of markets—job markets, equity markets, real estate—where there is inherent information value provided by a credential.

[Worth reading is Nobel Prize winning economist Michael Spence’s work on a job market signaling model, showing that employees signal their skills to employers by acquiring certain degrees of education—think an Ivy League diploma. And, through research he found that that there is solid empirical evidence of signaling in job markets showing it as a statistically significant determinant of higher lifetime wages.]

On television, you have a fixed, well understood barrier to what is “on TV” and what is not. The scarcity of distribution channels—remember there were just 3 major national TV networks back even in the early 80’s—has given way through the expansion of cable and satellite channels, but there still is a delineation between what is a TV show and what is not.

This barrier served as a implicit cue to both consumers and advertisers of what entertainment content has value. It is not however implied that those programs were critically “good”, just that they have value.

Then came the explosion of internet programming, spawning all kinds of new content in various buckets from scripted episodic shows, single-person vlogs, hosted programs, podcasts, how-to videos, live talk shows, you name it. But there’s a problem for the consumer. They are overwhelmed with choice, and lacking any good signals.

Without traditional signals that consumers understood, like NBC saying “here’s our new Thursday night lineup,” you leave the market confused. Thus artificial signals are being adopted, some with merit and some less so, like the Top 100 Most Subscribed on YouTube or Exclusive Distribution on Hulu. Anyone can put up a show on YouTube, but cracking the Top 100 signals value. Same for Hulu, they aren’t an open door for anyone, so making it on the network, even with its endless shelf space, signals value.

There’s no doubt I’ve typed the word ‘web’ and ‘series’ next to each other more times that my name over the past 5 years. And I do notice myself and the other writers on this site dialing down the frequency of the term, often using “original series on Hulu” more than not.

But I caution the flight from the term altogether, as it feels more driven from fear of association with crappy content than any significant change in quality. There are still shows produced for the internet, which many people still call the web, and these must exist within the framework of the social video environment. They depend on sharing, connecting with audience, optimization for search, and countless other tenets unique to the online content game.

Just changing a name for better marketing, still doesn’t make a show any better. And if we all dump the term web series and pretend all series are made the same now, we’re not really being honest about what these internet shows really are.

(“On Air” photo by pyrosapian)

Have an opinion on this? Jump in below in the comments and let’s talk this out!