Morgan Spurlock, the filmmaker behind the anti-McDonald’s documentary Super Size Me, has a new project, A Day in the Life, set to premiere August 17—on Hulu. 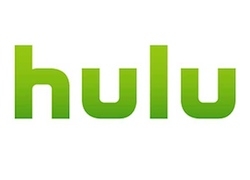 A Day in the Life will feature six half-hour episodes each chronicling a 24 hour period in the life of  jet-setting entrepreneur Richard Branson, the Black Eyed Peas’ will.i.am, comedian Russell Peters, Girl Talk, and others.

With A Day in the Life, Hulu is transitioning from the familiar role as a passive distributor of TV shows from ABC, NBC, and Fox—the networks owned by Hulu’s media company parents—to a business of original programming.

But unlike what Netflix seems to be doing, Hulu is not laying down the gauntlet and competing with TV. Andy Forssell, Hulu’s Senior Vice President of Content Acquisition, told the Associated Press that Hulu’s original shows will have a smaller budget and will be tailored to Hulu’s online audience. “In most cases, it’s going to be something that came from the traditional network or studio partner, but … for whatever reason is not getting made,” he said. “We can be the difference maker and get it done.”

With Hulu up for grabs, however, a premium original content play can only help with a sale—especially with the recent news that Fox shows will be delayed eight days before running on Hulu. According to Ad Age, Hulu keeps the vast majority of the ad revenue from A Day in the Life, rather than passing 70% to 75% back to the network that owns the show.

The series marks a major upgrade in original programming for Hulu, who got its first taste for premium original series with If I Can Dream, a reality competition produced by American Idol creator Simon Fuller. Hulu is following a trend by other online vide0 network sites who are pursuing premium original programming: Funny Or Die is on the lookout for feature-length comedies, and YouTube is out pitching multi-million dollar web series.