Google in Talks to Buy Hulu, How Much? 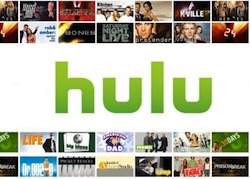 The chatter of the past two weeks was around Hulu’s recent plans to scrap the IPO route and search for an the M&A exit instead with potential suitors ranging from Yahoo to Microsoft and even Netflix. But today the LA Times is reporting that preliminary talks have begun in earnest between Hulu and the Googleplex over a deal that could see the search giant paying upwards of $2 billion for the three year-old online video hub.

While Google and Hulu spokespeople aren’t commenting on the leaked sources from the the confidential meetings, the media is all over this one. Google isn’t the only horse in this race of course, though the integration of Hulu’s recently renewed premium TV and film content deals would add some real meat to the company’s second attempt at Google TV service. The false start and lousy reviews of Google TV’s first pass came this past winter as many balked at the lack of premium content.

Reuters reports there are over a dozen potential buyers getting pitch decks from Hulu’s bankers (Morgan Stanley and Guggenheim Partners) to peruse this Holiday weekend. Yahoo has been thrown around a few times as another strong suitor, but the deeper pockets and more immediate need for premium TV content would put Google in the top spot in terms of interest.

The tricky part is the infamous web of ownership of Hulu—currently Walt Disney Co., News Corp, Comcast Corp’s NBC Universal and Providence Equity Partners—which have been an arranged marriage of necessity since the network’s inception three years ago. Those same owners haven’t exactly been hip to play with Google/YouTube and have even blocked much ABC, Fox and NBC content from appearing on YouTube and Google TV.

Word on the street, like that of Janney Capital Markets analyst Tony Wible is that the company is looking to fetch right around the same valuation that publicly traded Netflix has at the moment. He’s targeting around a $2 billion price tag for Hulu, given that approach. But with projections of $500 million in revenue this year according to Hulu CEO Jason Kilar, that would put a price tag north of $3.2 billion if you go by Netflix’s current 6.5 price-to-sales (P/S) ratio.

Of course much of those sales at Hulu are from the suite of blue chip advertisers like Ford, Toyota and McDonald’s that were eager to get in front of Hulu’s TV-displaced viewers. Only about 1 million of those viewers are actually paying monthly subscription fees for the slightly improved Hulu Plus service. That’s a cool 20 million or so short of Netflix’s 22 million paying subscribers. So you may have to discount the revenue projections a bit given the uncertainty of the ad markets and newer upstarts.

And let’s not rule out Netflix itself as a potential buyer, though it would be a odd one. It certainly can afford it with it lofty stock price treading around $268 a share.