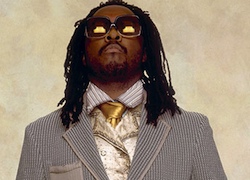 Lexus’ LStudio is having a helluva run.

First, Lisa Kudrow – the star of the luxury car company’s online video network’s flagship series, Web Therapy – just got off a hosting gig at the Webby Awards, received a digital media award at the Banff World Media Festival, and will watch the premiere of her original LStudio web series make its Showtime debut in July. And second, the Queen of all Media’s latest media venture is joining LStudio’s programming slate.

LStudio yesterday announced a new four-part original web series and one-hour primetime special collaboration with OWN: Oprah Winfrey Network. The Sessions Project: will.i.am is a “four part intimate exploration of the forces that shape creativity guided by legendary photographer and acclaimed filmmaker Norman Seeff.” Seeff sits down with will.i.am in front of a grey glamour shots backdrop and talks to the artist and musician about his craft while snapping a few dozen pictures.

The online series is meant to be a teaser for the one-hour TV special Sessions: A Conversation with will.i.am, slated to air later this year on OWN. LStudio and OWN will cross-promote each other’s content leading up to the television broadcast.

If you’re a Black Eyed Peas fan and/or thought will.i.am made for an excellent John Wraith, this series is for you. Check it out at LStudio.com.