The International Academy of Web Television is announcing today that the inaugural “IAWTV Awards” will be held in Las Vegas at the 2012 International CES. 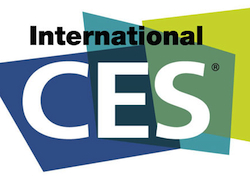 The Consumer Electronics Show is the largest consumer technology tradeshow, held annually in Las Vegas. “We are launching our Awards during 2012 CES because it is the world’s leading technology and content conference,” said IAWTV Awards Committee Chair Amber J. Lawson. The event will take place on January 12, 2012 as a part of the CES programming.

“To have the show during CES not only allows us celebrate excellence in online video, but also proves that more mainstream audiences recognize the quality and unique content the web television industry provides,” said Paul Kontonis, Chairman of the Board of Directors for IAWTV.

* Disclosure: Drew Baldwin is the founder of the International Academy of Web Television and former Treasurer and Member of the Board of Directors