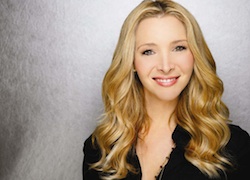 Lisa Kudrow played a psychotherapist who only interacts with patients via FaceTime with a poised facade and more neuroses than a Woody Allen marathon for the first time in 2008. That’s when LStudio – a new media studio and online video destination founded and funded by luxury car company Lexus – debuted Web Therapy.

Since then, Lexus has produced 48 episodes of the web series over the course of three seasons featuring personalities like Meryl Streep, Courtney Cox, Julia Louis-Drefyus, Jane Lynch, Selma Blair, Molly Shannon, and more. They all seek resolution and catharsis, but generally only receive frustration or confusion. You can catch them all the installments online, and come July 17, you’ll be able to catch a select few on Showtime, too.

In Spring 2010, the premium television network picked up Web Therapy to run as interstitials between regularly scheduled Showtime programming. Anouncements released earlier this month indicate Showtime will finally air the first of ten new episodes of Web Therapy on Tuesday, July 17. Rashida Jones, Bob Balaban, Lynch, and Cox are all slated to guest star opposite Kudrow.

The debut has been more than a year in the making, but at least the series is going to see the light of a television broadcast. Other such online originals haven’t been so lucky.