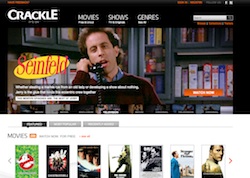 Rumors had been circling of a retreat from web originals over at Sony’s 4-year-old online video network Crackle, as the usually heavy flow of short-form web series that would be its bread and butter over the past few years had dried to a trickle. Previous short-form (sub 10-min episode) web tentpoles like The Bannen Way, Angel of Death and Jailbait had found a business a morphing themselves into whatever medium was buying. But not enough to greenlight dozens of them this year.

Then comes a bit of a bombshell yesterday afternoon in Variety, as Eric Berger, Executive VP of digital networks at Sony Pictures Television who oversees Crackle and other properties, announced the network was moving to a long-form strategy. It’s a pivot for the network, citing a shift in the marketplace and amongst its own audience who had grown fond of the site’s heavy helpings of ad-supported (aka: free) television and film content. Full episodes of Seinfeld, Married with Children and Bewtiched are featured heavily now alongside thousands of full-length feature films like Ghostbusters, 21 and The Da Vinci Code.

“As more and more long form content comes online, not just on Crackle but in general,” Berger tells us, “and you look at our portfolio of TV and movies, as well as the platform expansion, into not only mobile but onto tablets and connected TVs like Roku, Google TV and Sony Playstation, where viewing takes place on the large screen, it leads us to longer form content as the natural fit.” 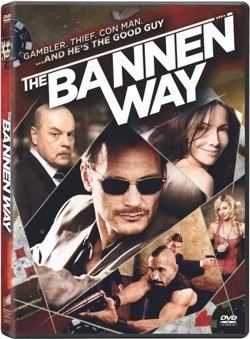 That, and the international markets for TV and DVD content, a key part of Crackle’s sales strategy for its originals, is evolving. The Bannen Way, which saw a healthy DVD run as well as a some international TV pickups, was re-cut as a 90-minute feature. But now longer individual episodes, “where where the characters and story can breathe a bit,” as Berger notes, seem to be more in demand both internationally and on EST (electronic sell-through) partners like iTunes.

Three new half-hour-long projects, still in script phase at this point, were announced with plans to go into production this summer for fall releases:

• a currently untitled paranormal series, reportedly in an anthology “in the vein of The X-Files,” from Sons of Anarchy producer Chris Collins

• Strand Street, from Milo Ventimiglia, Kevin Townsley and Russ Cundiff, about “a rookie undercover cop who infiltrates a gang in his childhood town”

While the latest crop of creators announced for the longer form projects all have some traditional TV under their belts, Berger said they are still looking at projects from more internet native creators. “The internet natives really know this platform really well,” he added. “We’re going to look at them for sure—ideas can still come from everywhere.” He also noted that even with their TV pedigree, the creators also have a firm grasp on creating for the internet. Ventimiglia, for example, has had numerous web series released inlcuding comic/sci-fi fanboy face-off series Ultradome on MSN.

The new longer-form projects will be produced in the “same range” as the previous web tentpoles like Bannen and Angel of Death, which came in around $1 million budgets each. With an anticipated 4 to 6 episodes in the order, that comes to around $7,500 to $11,300 on a per minute basis assuming a standard 22-minute episode.

As for the fate of short form series on Crackle, they appear to be coming to an end, with the exception of a few still in the development pipeline. The only one Crackle would confirm at this point is Issues, from creators Matt Oates and Josh Cook, an animated/live-action comedy featuring the voices of Seth Green, Rob Riggle and Eddie Kaye Thomas.

Longer form video also leaves room for more ad inventory, and even with the current library of longer episodes, the ad loads still remains lighter than television which packs 8 minutes into every half hour. “Today for our longer form content, you have an ad break about every 10 minutes,” said Berger. “So the breaks are similar to TV, but the ad load is lighter. It’s one ad every 15 seconds. We’ll start to increase the number of ads that are appearing in those breaks. ”

When Crackle initially came under the Sony banner after the studio’s purchase of Grouper back in 2007, the site re-branded as a predominantly male-leaning network targeting the saturated, but lucrative, 18-34 male demo. Now, with the roll out of more library TV and movie content, that seems to be shifting upwards. “It’s still the sweet spot, but it’s probably at the higher end of that. When we started it was probably at the lower end. As the market for online video has expanded in the last few years, it’s now at the higher end.”

“We always say it as a male sensibility,” Berger adds, “not so male on-the-nose that it would alienate women.”

Branded Still in the Picture

Crackle has been rather reserved thus far on its foray into the booming market of branded entertainment, which other networks like MSN and AOL have jumped all over. Aside from the Schick-sponsored Clean Break last summer, they have opted away from letting brands drive their storytelling. But Berger notes that they are still open to them and are talking to several brand partners about upcoming projects.

“We’re trying o be relatively choosy about the right content,” he notes, “The story and who it’s appealing to is as important as anything. When you find the right audience and right brand it can work, but there aren’t a ton of those. We’re still very up for doing more of these.”