‘The Office’ Loses Michael Scott Tonight, But What About the Doc Crew? 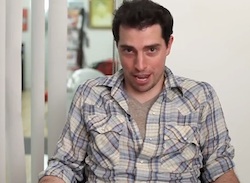 TV’s loss of Steve Carell’s Michael Scott tonight is like Barry Sanders hanging up his pads at 30, just too darn early for most fans. Sure, Carell’s a major film star on top of his game and the rigor of seven seasons of TV work aren’t exactly the

It’s a parlor game amongst TV writers just which big name star NBC will cough up some coin to replace the iconic Carell. For the moment, they have Will Ferrell hired for a multiepisode arc as Deangelo Vickers, the new Dunder Mifflin (Sabre) branch manager. Other names in the final episode, and possible contenders for the permanent gig, include Jim Carrey, Ricky Gervais, Will Arnett, James Spader, Ray Romano and Catherine Tate.

But lest we actually forget that The Office is actually a documentary, with a crew we never see aside from Jim’s requisite eye shrugs into camera. Thank “It’s safe to say that after seven years, the camera crew tasked with documenting the inner workings of Dunder Mifflin Paper Company, Inc. is in over their heads,” ponders the creators of a sketch designed to turn the cameras on the fictitious crew.

The sketch is from the guys at Sidecar Comedy—Justin Tyler and Alden Ford—who web series fans may remember from The Webventures of Justin and Alden last spring.

Meanwhile, some actual clips from tonight’s final episode with Michael: