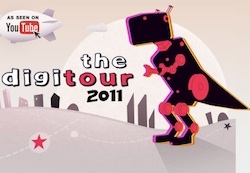 2011 may go down as the year YouTube went on tour. For most of the top stars on the world’s most popular video network the distinction between whether they are media moguls or all-out rock stars is getting harder to distinguish. This year, it looks as though the rock star camp may be #winning. Last month saw the first YouTour, and later this month there’s PlayList Live down in Orlando. But what has to be the most ambitious of the YouTube star live shows, The DigiTour, kicks off mid-April in Los Angeles on a 27-city tour across the country hitting everywhere from Nevada to Maryland to Maine.

Many of the touring stars were on hand in LA today to kickoff the on-sale of tickets through a live stream featured on Ustream. DeStorm, Tay Zonday, TheWillofDC, Dave Days, Nice Peter, Kimmie Smiles, Ricky Ficarelli—even Antoine Dodson dropped by showing off his new rainbow doo. 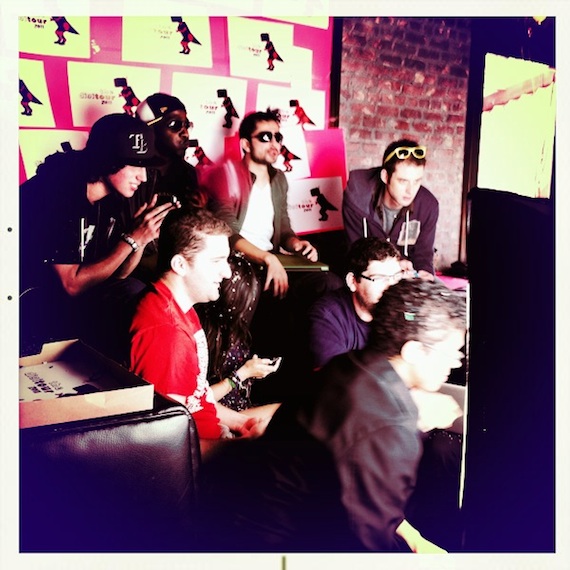 Tubefilter is teaming up with The DigiTour as an official Media Partner and we’ll be covering the madness as this thing unfolds. The tour was cooked up as collaboration of Greenhouse Entertainment and The Cloud Media. You can pick up tickets starting today on the DigiTour site for any of the 27 cities below. Full list of dates: