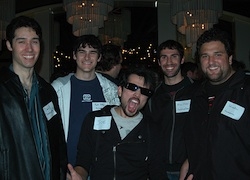 There was a unique energy of optimism in LA at last night’s Tubefilter Meetup, with a packed room full of video creators of all types came together to check in on where the state of web video is today. The terminology may have changed over the years, with some terms serving to define subgroups like the ‘web series crowd,’ the ‘livestreamers,’ the ‘YouTubers’ and the podcasters. But ultimately we’re all talking about the same thing—social video.

It’s the concept of creating video for an audience and truly connecting with them using the tools of the internet to do so. That’s the common thread that made last night’s discussion so relevant. It’s hard to ignore the network that does 147 million unique visitors a month.

The title was glib—“So You’re a YouTube Partner, Now What?”—a potshot at the myth of overnight millions just by making into the ranks of the 15,000 or so YouTube channels in the ad revenue-sharing Partner Program. For the first time we decided to focus the panel session entirely on one platform, diving deeper into the nuances of the mothership of online video. 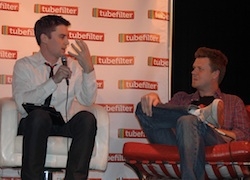 As expected the panelists were not afraid to get specific, and at times even controversial in their thoughts on the state of the platform. The full video of the panel is up now on Stickam which gracefully featured the live stream of the Meetup. (Those guys rock.) I highly recommend checking out the panel in its entirety, as we covered everything from the bare basics of a YouTube channel, to optimizing for the mysterious YouTube algorithm, to release frequency and secondary channels.Some highlights:

Rafi Fine of The Fine Brothers stressed the importance of experimentation, of trying many different video formats and concepts all on one primary YouTube channel rather than all over the place. The idea being that your are building an asset that grows in value with each new subscriber, rather than starting over with separate channels for each new series idea.

Jason Schnell, one third of the popular comedy channel Reckless Tortuga, which just cracked into the Top 100 Most Subscribed, echoed this, sounding like a modern take on a network executive. “If it’s not working we just cancel it,” he said of the many “mini-pilots” that they have launched on their channel.

George Strompolos, who recently left YouTube to start Fullscreen after several years leading the Partner Program, stressed the importance of actively using several social media platforms, but namely Facebook. He made the point that 3/4 of all video shares happen on Facebook, and most of those happen to be of YouTube videos. “Eventually, you have to fish where the fish are,” he added.

The Meetups have become a quarterly endeavor for us, with some choice co-located events in between like CES in Las Vegas and our upcoming SXSW event on March 11. Stay tuned for more info on SXSW and our next Meetup slated for April.

Special thanks to our community sponsors of the event—Next New Networks and the New York Television Festival (NYTVF)—we couldn’t have done it without you. Check out NYTVF’s just-launched independent pilot competition and $25k script contest. And of course thanks to killer YouTube DJ Drew Blood for mixing up videos and music in real time for the event.

Photos from the night are on our Flickr page (and below), with many thanks to lovely photog Angelique Toschi: