ComScore released its January 2011 US Online Video Rankings earlier this week. The main takeaways are Vevo is hot and the general population’s New Year’s Resolution was to watch slightly less online video. 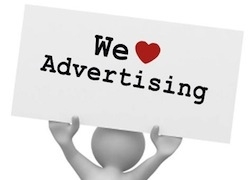 Vevo snuck into the number two spot behind Google in the category of Total Unique Viewers, with 51,025,000 for the month, a slight increase over its December numbers of 50,594,000. The music video mecca was one of a handful of online destinations (along with Facebook, Viacom, Microsoft, Turner, and Fox) on comScore’s top 10 list to make viewership increases in January, but those gains couldn’t make up for the overall bump in online video’s otherwise solid upward trajectory.

Hulu maintained its position on top of the Video Ads Viewed chart with more than 1 billion over the course of the month. That’s more than twice the amount of video ads viewed by way of Tremor Media Video network, the next closest competitor.