Movies based on video games generally suck. Part of it’s because of the insanely high expectations.

If you put a middle schooler whose eyes are bloodshot and thumbs are calloused from aggregate weeks of trying to perfect Ken’s shoryuken into a theatre where characters he’s spent the better part of his formative years with come to life on screen, he’s going to want the same emotional response from the film he gets from opening a Nintendo 64. 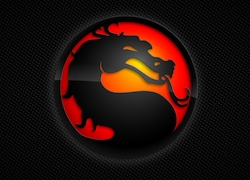 That never happens because the other part of why moves based on video games generally suck is they’re comprised of half-baked storylines with frustrating expositions and special effects that never match the quality of their video game counterparts.

Web series based on video games, however, tend to be pretty cool. New media content creators retain a certain level of creative control absent from major studio releases, which allows them to take classic gaming characters in new directions.

There Will Be Brawl turned Super Smash Bros. into a noir, hard-boiled detective adventure set in the underbelly of Mushroom Kingdom. Mortal Kombat: Rebirth promises to be the live-action iteration of Mortal Kombat we’ve always wanted – dark and violent with a tasteful balance of mysticism and action that follows a storyline in synch with what we know from the game.

Kevin Tancharoen released MK: Rebirth last year as prologue and proof of concept for the Mortal Kombat motion picture he dreamed of making. He shot the spec with two RED camera over two days for $7,500 and a lot of crew donating their time. The short film was Tancharoen’s pitch to Warner Bros. (who holds the rights to the MK movie franchise), showing the studio he should direct the rumored MK reboot. And it kinda worked.

Warner Bros. isn’t yet developing Tancharoen’s short as a major motion picture, but Warner Premiere is developing it as a web series. Tancharoen, Todd Helbing, and Aaron Helbing are on board to write a 10-episode MK online series, with shooting to begin in February in Vancouver. Featured fighters will include Shang Tsung, Lui Kang, Durak, Sub Zero, Kabal, Kitana/Mileena, Scorpion, and possibly others battling it out in a supernatural death match with all-powerful gods from alternate dimensions.

No word yet on a release date, but if you need an MK fix before the series debuts check out Tancharoen’s short film. If that gets you pumped even more, Smosh has a great rendition of the MK’s Jock Jams theme song that will surely test your might.