On Monday, YouTube announced the shortlist for YouTube Play, its high art collaboration with the Guggenheim museum. Yesterday, Vimeo, “the video sharing site for grown up You-Tubers,” made an announcement of its own.

After receiving more than 6,500 submissions across nine categories, the Vimeo Festival and Awards finally made public its finalists. Let me break down how it all works. 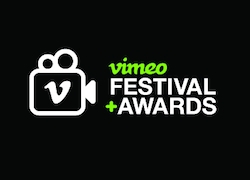 The good people at Vimeo pared those 6,500 submissions down to a shortlist of 20 entries per category. Then they handed the paring responsibilities over to a panel of 27-esteemed judges (which includes names like David Lynch, Ze Frank, Ricky Van Veen, Fred Seibert, M.I.A., Roman Coppola, DJ Spooky, and more). Those judges voted to select the five finalists and winner in each category. You can watch the finalists’ work now, but the winners will be announced at a ceremony hosted by the internet’s golden child, Ze Frank, at IAC headquarters (IAC owns Vimeo) in New York on October 9. One grand-prize festival winner will take home a $25,000 grant to create something spectacular.

A la the Webby Awards, Vimeo will announce a “Community Choice Award Winner” in each category in addition to the judge’s selection. Anyone with a Vimeo login is encouraged to vote.

In the Original Series category, finalists include: The Specials (a “docu-soap series which follows the lives of 5 friends with learning disabilities”) Coolhunting (a video offshoot of the popular arts, culture, and design blog), Break-Ups (a series of one-shot, improvised break-up scenes), Take-Away Shows (live and uncut recordings of bands playing impromptu concerts in unconventional venues) and One-Square Mile (a documentary series that “examines life in individual square miles around the United States and beyond”).

If you haven’t seen them before, all are definitely worth checking out, but don’t limit your viewing time to the episodics. You can click play on any of the 45 finalists and not be disappointed. If you’d prefer to see them with a live viewing audience or attend any of the related festival workshops, pick up your tickets at Vimeoawards.com.