‘The LXD’ Season 1 Finale is Here, At Least Two More Seasons in Store

Ten episodes into the web’s first dance epic, we’re still really just at the beginning of the story of The Legion of Extraordinary Dancers (The LXD). Just over a month ago this thing debuted as Hulu’s first major dramatic web series, and weekly episodes (or chapters as they like to call them) would bring us the fictional origin stories of these formerly-underground hip hop dance styles. 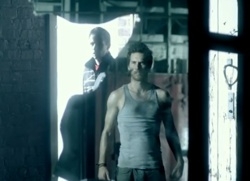 So now we take a little pause in the story, a moment to breathe and catch up on some of those other web series we’ve been meaning to watch. But with Season 2 already shot and slated to return early this fall, and Season 3 in the works, we won’t have long to wait.

The latest episode ‘I See a Man’ (above) stars Christopher Scott—who is also one of the show’s choreographers—as Copeland, a lighting fast street tapper who we meet through the voice over of a blind street prophet. Yes, he too gets an LXD invitation, rounding out the crew that will headline the rest of the story.

Sure, it like many of the episodes so far feels like a music video that could stand on its own without the broader LXD narrative, but that’s part of the design of the show, says creator-director Jon M. Chu. The more traditional narrative, with a face off between the rival dance troupes lies ahead. 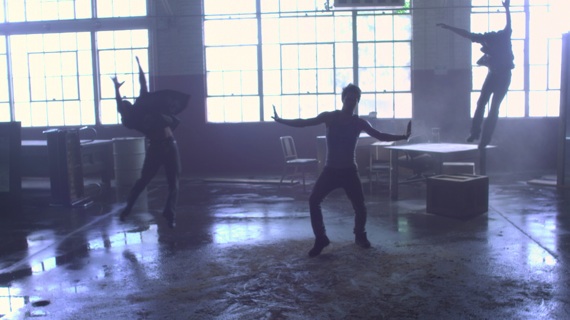 How’s the show performing so far? While the studio won’t yet reveal view count numbers for the series on Hulu, it does appear to be the “Most Popular All Time” in the Arts & Culture category on the site—which kind of seems like an odd place for it considering they have “Web Originals” and “Drama” sections.

Also planned for the next phase are some direct fan interactions with aspiring dancers who will get a shot at actually joining The LXD. From an interview we had with Jon M. Chu earlier this summer, he alluded to a process in place for inducting new members. “In time we’re going to open it up and say if you think you’re LXD, show us your super power,” Chu told us. “We’re gonna have this Jedi Counsel of sorts that are literally originators of locking and popping and they’re going to rate people and make it fun. You’re either like apprentice level, warrior level, ninja level, wizard level, and eventually you can get to extraordinary level.”

“At that point we’ll actually show up at your house. Wherever you are, we’ll get you a jacket, we induct you in, and then we’ll make an origin story about you, and how you got your power. They actually become a part of the mythology. And I think that’s what the fun part is.”

Paramount also released a bonus video interview (below) with Christopher Scott as part of the “Meet the Cast” add-on set: