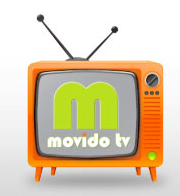 Jennifer Lopez‘s production company, Nuyorican Productions has partnered up with Latin Entertainment network Movido TV to produce B Gate, a new comedy web series about security guards who work the back gate of a Hollywood movie studio.

B Gate is a part of an initial five series lineup from Movido TV, a bi-lingual content provider created for the 18-49 demographic of the rapidly growing Latino digital market. Here’s how Movido TV President, Bryan Lord explained the initiative to Radio Ink Magazine.

“We’re creating and producing shows for the web that mirror the quality of those seen on network television, at a fraction of the cost…Leveraging our extensive list of contacts in the industry, we’ve managed to pool our resources to produce quality programming using celebrity talent while never compromising production value. There aren’t too many producers shooting content for the web in locations like Cancun, but Movido certainly is.”