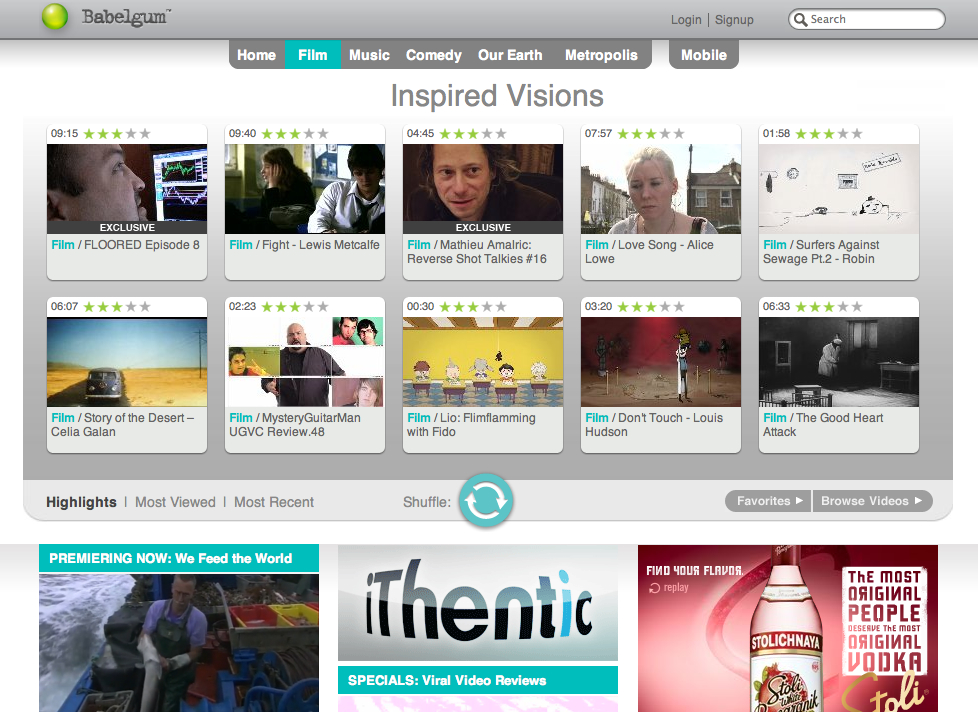 The eclectic collection of shorts and original series such as Office Pranks, Green Minutes, Today on Earth, and World of Bruce McCall will be featured on the channels curated by iThentic’s editorial staff. Babelgum has been partnering with short-form content aggregators such as the Canadian Film Centre’s (CFC) Worldwide Short Film Festival earlier this month.

Babelgum’s approach to online video, where the best content comes to the surface guided by outsourced content curators and tastemakers, may prove that the human touch can provide an edge over the more mechanical and algorithmic statistical trend analysis that powers the editorial pages of other video sites.