MySpace and Endemol Hitch Up For More ‘Married on MySpace’ 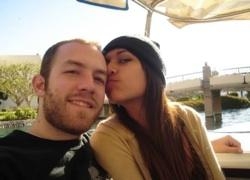 With over 15 million views, season 1 of Married on MySpace is the most watched web series MySpace has ever produced, according to numbers from the company. Endemol USA and MySpace are hoping to match and perhaps even surpass that success by bringing the popular, fan-driven show back for a second season.

The season premiered this week with the unveiling of this seasons couple, Graeham and Dehlia, as they begin their journey to the alter…and they are at the mercy of the viewers to choose every aspect of the ceremony. The audience is currently being asked to vote on the what wedding bands the couple will give each other to express thier lifelong devotion to ech other with (my vote is on the “White Gold Wreath”, it’s stunning!). Future episodes will have audience members choosing the dress, location, planning of the bachelor and bachelorette parties (someone better jump out of a cake, I’m just saying), etc.

With all these decisions needing to be made, the series is bursting at the seems with product placement opportunities. Current sponsors include include Hewlwtt-Packard, JCPenney, the FOX Searchlight film Our Family Wedding, The Knot, and Hearst.

Married on MySpace: Season 2 will have a 13-episode run that will conclude with a wedding ceremony that will reveal which details were chosen by the audience. Three words people: White Gold Wreath.