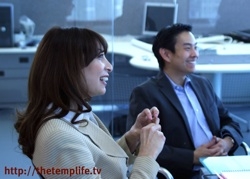 Illeana Douglas may be quite the name in web series circles now, especially after landing six Streamy nominations for her popular comedy Easy to Assemble, which just wrapped its second season earlier this year. It even spawned a spinoff series Sparhüsen, which nabbed its own Streamy nod. But aside from those two, the Emmy-nominated TV and film actress has yet to venture into a web series where she isn’t the one calling the shots. Looks like that’s about to change.

This isn’t the first we’ve written about the bi-coastal casting moves on The Temp Life this season, which have seen notable web series standouts like Sandeep Parikh (The Guild), Thom Woodley (The Burg) and Rachel Risen (The Hayley Project) coming on board to bolster the show’s cred and fanbase. To give an idea of numbers, it took two years for the series to reach 1 million views, while its latest season—its fourth—has just passed 2 million.

The connection between Easy to Assemble isn’t hard to piece together. Temp Life creator Wilson Cleveland—who also plays the former temp agency boss Nick ‘Trouble’ Chiapetta—heads up CJP Digital Media the web arm of Manhattan-based marketing firm CJP Communications. Easy to Assemble teamed up with CJP for its latest season with Cleveland’s team helping score a suite of new distribution deals for the show including The Hotel Network and a lucrative one with My Damn Channel.

As for the brand backing the series, they’ve taken notice to the uptick in views and higher profile names attached. The 60-year old staffing firm which employs more than 160,000 people worldwide loves the online buzz the Hollywood and web talent brings to its less-than-glamorous core business.

“We have had incredibly talented people involved with The Temp Life this year, and we are honored to have Illeana Douglas helping us end this season on the highest of notes,” said Melissa Waldon, Spherion’s Senior Social Media Strategist.

Ironically, it even has its Streamy nomination this year for best branded web series, pitting it square up against IKEA and Douglas’ Easy to Assemble along with Altoids-backed Brainstorm, Topps’ Back on Topps and Lexus’ Parts Art. The season finale episodes of The Temp Life will premiere online next month, April 5 and 26. 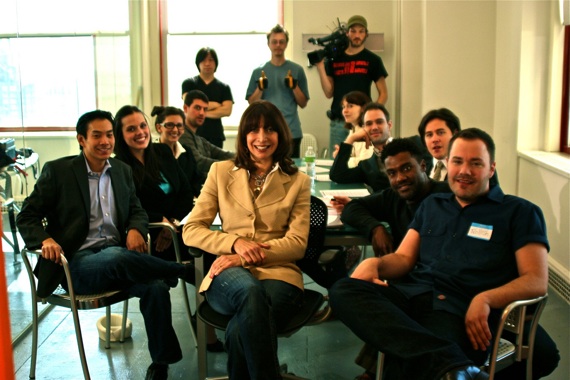