Uh, What Happened to 'Camera Obscura'? 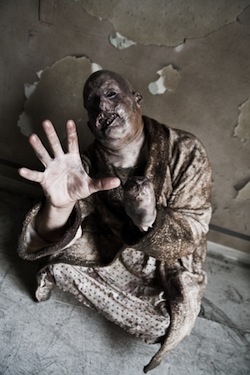 We often lament about how web series rarely master the art of building buzz before its launch. Maybe it’s because web series marketing is sadly an afterthought on many of the lower budget projects. Some series are masters of the black art of buzz building—like say, The Guild and their 4 surprises at Comic-Con.

So when the PR folks behind MWG Entertainment’s Camera Obscura started their buzz campaign for the upcoming horror series, we took notice and went along for the ride. And we weren’t the only ones, major horror blogs DreadCentral, Fangoria, Monstorous and FEARnet all played along too, posting clips and exclusive photos in what appeared to be one of the freakiest looking online series to date.

The reported October 12th launch date turned into “late October” and then nothing. The show’s web site now lists a “coming fall 2009” slug below the trailer.

While MWG, the same web studio behind My Two Fans and Road to the Altar, refused to comment on this specifically, we are told that they are “working towards a distribution deal” for the series.

The problem here is obvious, you can’t bait and switch would-be fans like that. Sure, occasionally movie trailers pop up only to later see the film pushed back for whatever reason. But with the web TV industry still playing an uphill battle to get mainstream attention on limited resources, this kind of misstep may have squandered the show’s early buzz and chance to break through. That, or this is all part of their well calculated plan. In which case, we fell for it.