“Valemont University was founded in 1646 under the motto Ex Sanguine Scientia – From Blood, Knowledge.” 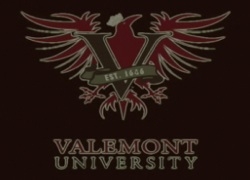 This is what awaits you if you visit the companion website for the upcoming MTV Networks’ web series, Valemont, which premieres tomorrow for a 12-episode run on MTV before heading to an online-only release of the remaining 23 episodes. I had a chance to speak with co-creator Brent Friedman of Electric Farm about this unique transmedia experience that blends product placement, ARG elements, and web content into an exciting murder mystery plotline that may or may not have a supernatural twist.

The multiplatform series stars a number of notable young actors like Nikki Blonsky, Kristen Hager, Georgina Reilly and Six Feet Under’s Eric Balfour. For the specifics of how this project came together, we asked Friedman to fill us in.

“Valemont originated about a year ago when Electric Farm Entertainment began discussions with MTV about producing a branded entertainment series,” said Friedman. “I created the show with Christian Taylor, an award-winning TV writer/producer with credits like Lost and Six Feet Under, Working with a former EFE employee, Andrew Black, Christian and I broke out the whole season, including a plan for the interactive layers. Then Christian wrote all 35 episodes and oversaw production on the series in Toronto this summer. Meanwhile, Nina Bargiel designed the ARG and wrote the bonus content for the show. All of which has allowed me to sit back and oversee the big picture, making sure that the series and the online site are in sync and fulfilling the vision we all had from the beginning of delivering a true transmedia experience.”

Leading up to tomorrow’s launch, a pre-series ARG has been in full-swing, centering around the ValemontU site. “It began as a simple ‘missing student’ story at Valemont with various characters starting a discussion on Twitter, along with a police investigator conducting interviews on the series characters,” Friedman added. “Then, when the student’s body was found, the case was called a homicide and the victim’s next of kin was sought. Intrepid fans dug up clues buried online and presented them to the investigator… which is where the series actually begins, with the student’s sister asked to identify the body. On top of this, through the VU site, Twitter and FB, we have encouraged fans to apply for enrollment at Valemont — acceptance letters went out last week. What the show will offer fans is a chance to have a ‘replicate experience’ to our main character, Sophie, as she enrolls at Valemont in search of the truth behind her brother’s presumed murder.” 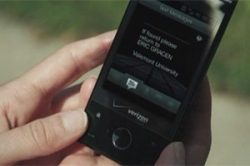 Sponsor Verizon Wireless’ phones will play a key role in the storyline of Valemont. Each episode begins with a video clip or text message from one of the main characters’ Verizon mobile device. Brent also added, “Verizon users will get exclusive previews of all the content throughout the show’s run, including bonus content and some ARG clues.” VCast will also be offering behind the scenes content.

The first 12 web series episodes will begin airing within episodes of MTV’s The Hills and The City beginning tomorrow. “With such a sizable audience for those shows we have a great chance to gain strong exposure and sampling. Then, when the 12th webisode ends in a big cliffhanger, the show goes online only with what we hope is a solid audience base. Because there will only be two webisodes per week released during the first six weeks, we are supplementing that content with one Bonus Webisode each week, all of which tie into the larger ARG elements that will continue through the show’s entire run.”