'Do You Wanna Date My Avatar' Breaks 1M Views, #1 On iTunes, Amazon

Quick update on The Guild’s promo music video, “Do You Wanna Date My Avatar,” which has been creating quite the buzz before the hit comedy web series returns for Season 3 next week. Today the video broke the 1 million views mark on YouTube, and has taken the #1 spot on as the top music video on iTunes (see below).

Guild creator and star Felicia Day wrote the lyrics to the song and Jed Whedon composed the music and directed the video. While originally available on XBox Live as a free download as part of the company’s distribution deal with the web series, the video really took off once set free for embedding via YouTube. Season 3 of The Guild premieres August 25th on MSN, XBox and Zune. 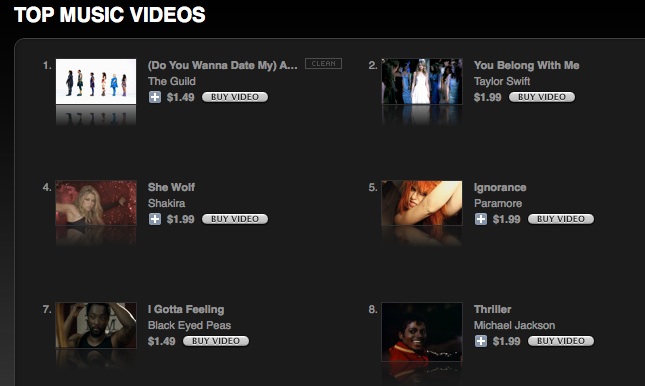 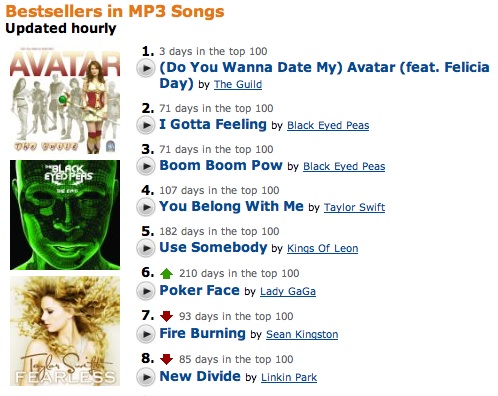