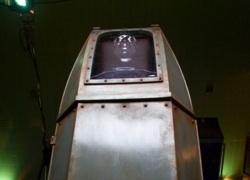 At first glance the casting of FEARnet’s new original horror web series Fear Clinic seemed a bit of ploy, made to grab horror headlines with an assemblage of the genre’s popular stars—Robert Englund (Freddy from A Nightmare on Elm Street films), Kane Hodder (Jason from Friday the 13th) and Danielle Harris (Rob Zombie’s Halloween). But digging deeper it’s clear these choices were hardly a stunt, and they are horror stars for a reason.

Englund himself could just as easily be a film professor the way he can so effortlessly break down the nuances of the genre’s emotional games. “This looks like a nasty little Cronenberg film made for the web,” said Englund during our recent interview with him, referencing the venereal horror master.

Englund plays the furtive Dr. Andover, an oddly talented doctor who’s able to cure patients of their deepest fears…most of the time. He’s boasting something around a 95% success rate, until things start to come of the rocker a bit at the south-of-the-border clinic. We’re talking a handful of phobias you probably never knew the names of—hydrophobia (fear of water), scotophopia (fear of the dark), entomophobia (fear of insects), claustrophobia (fear of small spaces) and misophobia (fear of being contained with germs or dirt). Andover’s unique chamber forces subjects to violently confront their fears in a head trip that leaves them (and us) not sure whether they are in the chamber or in their worst nightmares.

This is director Robert Hall’s first time helming a web series, coming from the visual effects side of the business through his Almost Human shop which was also brought on to deliver the nightmarish makeup and creature effects. 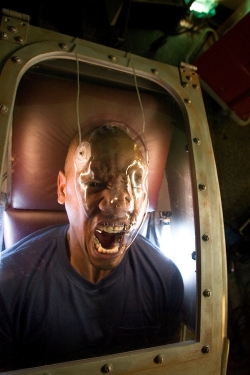 Englund, Hodder and the FEARnet team were all at Comic-Con last month to promote the series and we had the chance to chat with them before their panel. I asked Englund, who spent much of his time in the film world, what he thinks of the emerging web series medium. “It’s not cost prohibitive,” he noted. “It’s a place where young people or new talent can really get their foot in the door, that’s something I really love about it.”

Danielle Harris, someone who’s earned the scream queen moniker, added on the panel, “it looks better than half the $100 million movies I’ve done.” Harris plays an orphaned girl living at the clinic essentially a daughter figure to Dr. Andover. Incidentally, Andover keeps her around obsessed with the fact she’s one of the rare few he hasn’t been able to cure.

The series, which premieres in October, is shaping to be the most ambitious original series yet for Comcast-backed FEARnet, at least in terms of casting and effects. If anything, it could be a little short on length however, clocking in at just five episodes each around 7 minutes long. The trailer (above) was just released today and gives a taste of what’s in store.