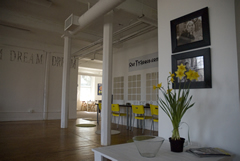 Cold. Hard. Cash. We love it when companies are willing to put their money where their mouths are.

Massachusetts-based web studio OurTVSpace is offering up $10,000 to a writer (or writing team) to develop a full 20-episode original web series as part of their New Media Fellow program. Entries for the program are being accepted through August 15th.

I spoke to OurTVSpace founder Doug Kirkpatrick from his office in Sturbridge, MA, who said he created the program as a way to bring top writing talent to the production team to develop their next web series.

“We’re very much about sharing and collaborating with the artists,” said Kirkpatrick about the spirit of the program. He runs essentially a collaborative production studio for web video content where creative types from around New England drop in to support each others’ projects. It runs two very active social networks for local filmmakers, OurFilmSpace.com and OurTVSpace.com, which together boast over 2000 members. 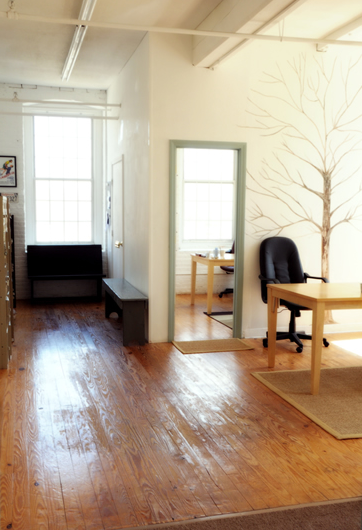 The studio released its first original web series last fall, a teen drama-thriller called Oldbury Hill. The series had over 100 people from around the area working on it in some capacity, Kirkpatrick told me. “It shows how passionate people are over here – like a mom and daughter coming down from Maine,” he added.

This spring the company announced it had signed a deal with fellow Massachusetts-based web video company PermissionTV, who’s player powered the series Quarterlife,  to license the technology to build its new digital network.

For the New Media Fellow program, they are looking for a scripted project of any genre that will be selected by a group of industry peers for development. The writer doesn’t need to relocate to Massachusetts, he assured me, but would be flown out for a series of meetings at the studio beginning in September.

The program is a work-for-hire, I’m told, though the deal structure is such that the writer will have a percentage of cross-platform and ancillary rights to the property. While not officially WGA signatories, Kirkpatrick said they are open to working with WGA writers and would use agreements that were acceptable with the union.

“What excites me is working together creatively with very talented people and the immediate distribution aspect of web TV, the digital convergence and the economic opportunities it presents them,” said Kirkpatrick.

The bullish outlook on the space is refreshing, particularly in a shaky economic climate. The studio itself is beefing up, adding a number of new content verticals to its slate, including foodie-centric, FoodPerfect.tv and history buff OldStory.tv.

Disclosure Note: I am on the Selection Committee for the New Media Fellow program, but I am in no other way affiliated with OurTVSpace.com.