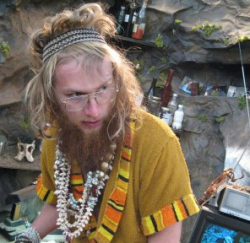 How does an individual become one with nature? Let’s see…

Does it involve trekking the murky marshes of the jungle and hacking away at vines with a machete? Does being “one” with mother earth involve living into vast kingdom of animals where we must coincide with our furry and reptilian brethrens? Or, just like Man vs. Wild’s Bear Grylls suggests, does it involve nurturing our own survival needs with elephant dung? Pass.

But perhaps the answers have finally arrived, thanks to one man who has secluded himself in the name of exploration, spirituality and damn good hallucinogens. His name is Jonas Hawkinus and he’s the star of the new web series, Mountain Man which premiered this week on Strike.TV.

“Mountain Man is a surreal comedy adventure series chronicling the escapades of ex-folk star, anti-government survivalist Jonas Hawkinus,” said producer Matt Enlow. In the series, Hawkinus, played by Mike H. Miller, secludes himself in his underground lair he calls the “Sanctuary”, where he basks his ego and paranoia with the most psychedelic conspiracies—from mistakenly identifying hikers as secret government agents to knocking a satellite out of space utilizing only his power chakras. 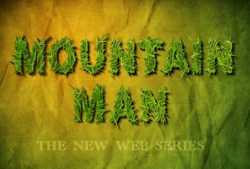 If you ever wanted to witness the idea of tripping out beneath the Joshua Tree, Mountain Man would be right up your alley…or bark. The prologue kicks off with Hawkinus yelling for his Echo, which would be his trusty sidekick, as he then follows the calling of Gaia. From there on, Hawkinus engages himself in hilarious rituals, swigs of “Murky Milk Moonshine” and supernatural experiences brought by excellent cinematography, script and production.

Built from a “nearly non-existent budget”, the series can deliver as much entertainment and creativity as a high-budget web series. “I always talk about the interplay between money, time and quality when it comes to filmmaking,” said Enlow. “You have to trade between those three aspects in any filmmaking situation.”

Mountain Man writer and director Matt Mangs said every single crewmember was essential in making the most out of the production. “If Mike Miller was paid to spend two years growing that beard, he’d be rich,” said Mangs. “A dozen headbands from Goodwill, a tub of licorice, a few hundred recycled bottles and cans, a truckload of wood scraps, and that pretty much covers [the budget].”

Apart from the show itself, Mountain Man also brings us mini-sodes that further elaborate (or further hallucinate) the world of Hawkinus with “Jonas Journals”. 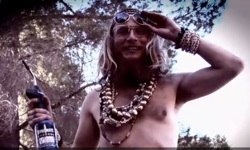 “As Echo states in a later episode, ‘This is Jonas’ story – don’t mind me!’”, said Mangs. “When we’re not looking through Echo’s camera in a cinematic episode, we’re looking through Gaia’s eye, whose focus is on Jonas. Jonas is his own protagonist, the superhero in the comic book that Echo is writing. Echo also serves as the audience’s eyes, a moral compass who keeps Jonas in line. Jonas proclaims, ‘Echo is my very own Jiminiy Cricket!’”

Thanks to Enlow, Mangs and the rest of the Mountain Man crew, we may soon find solutions in becoming one with nature. However, there’s still one question that lingers: Who would win in a battle between Jonas Hawkinus and Bear Grylls?

”Whether Jonas wins or loses, he will believe he won,” said Mangs. “Despite his unparalleled low-kick ability, Jonas is a terrible hand-to-hand fighter.”

Mountain Man is now available at Strike.TV and www.watchmountainman.com, with new episodes, or ‘transmissions’ ever Thursday.