The final episode (above – warning: contains spoilers if you’re not caught up!) of Sorority Forever came out today at TheWB.com and MySpaceTV, closing this chapter of the 40-episode college sorority thriller. The Big Fantastic/McG-produced series, chock full of web stars — Jessica Rose (lonelygirl15), Taryn Southern (Private High Musical) and Mikaela Hoover (Sam Has 7 Friends) — had the web media hype-machine in full force this summer, us included, before its Labor Day debut.

The first major scripted series out of Warner Bros.’ new digital portal TheWB.com, Sorority Forever has lived up to its end of the bargain in terms of viewership. Distribution partner MySpaceTV, who had a exclusive 48-hour window for new episodes, certainly delivered. They accounted for over 4 Million views for the series so far. TheWB.com hasn’t yet released viewership numbers for those shown on its own site, but it’s expected that they are at least over 1 million for the series.

Internationally, the series is distributed by Warner Bros. International Television Distribution (WBITD) who has landed a couple of choice placements for its teen hit including Bebo in the U.K. and MSN in Canada and even Korean video portal GOM TV. 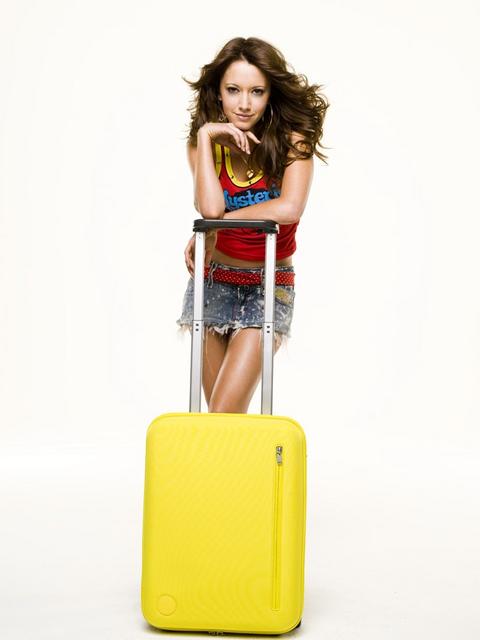 We had a chance to talk with Sorority Forever star Taryn Southern, who plays Taryn in the series, about the whole experience and what’s next for the ladies of Phi Kappa Alpha.

“It’s been so exciting to see the evolution of the audience in response to the series,” Southern tells us. “As the mystery unfolded and characters were given a chance to develop, the audience became more and more invested in trying to determine the fate of the girls and the heart of the mystery. The message boards are filled with people playing detective – from analyzing pictures in the girl’s rooms to reading our character’s MySpace pages and finding hidden metaverse blogs, the audience really got into it! That’s what’s so exciting about online series – the interactive elements of storytelling.”

And what about rumors of SF Season 2 in the works?

“I haven’t heard any ‘official’ rumors yet. If a rumor wills a sequel into existence, then yes! I’m starting the rumor now. Ha-ha! We all had so much fun working on this together and grew very close. It was very much like a film set in that way, and I know we would all go back to work on a second season in a heartbeat.”

For more of Taryn check out her original comedy web series Private High Musical, which she created and stars in. She’s also keeping up with her political sing-along “Hot 4 Hill” video series with the latest installment hitting YouTube last week.