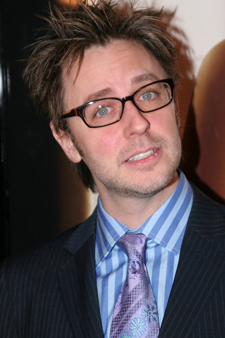 Tubefilter: Thanks for taking time out of your day.

James Gunn: Glad to do it.

TF: Was it your idea?

Gunn: No, it was mostly my brother Sean.

(Author’s Note: I, the interviewer, am also named Sean, so I was wondering if he was appealing to my narcissism, because JG has a remarkably charming phone presence. I also wanted to point this out so the reader is aware this interview was conducted by a person with a normal name (Sean) and not some strange presence named Tubefilter, or worse, a person whose name is Tubefilter.)

TF: There are quite a few Gunn brothers in Hollywood. You’re practically Latter Day Baldwins.

Gunn: We prefer to be called ‘The White Wayans’.

TF: So did you cast Sean in an episode?

Gunn: Yes, he is in ‘Genital Hospital’, which also has Belladonna in it.

TF: Was it difficult to sit behind the camera and watch your brother about to get it on?

TF: Did it ever get a little close to happening?

Gunn: Belladonna really went after Sean. He was on Gilmore Girls, after all.

Gunn: No, and you’re not the first person to ask me that. I think they quoted something like that in the [Hollywood] Reporter piece. These are new scripts. We paired up Hollywood actors with adult stars.

TF: I’m sure you cast people you knew for the Hollywood roles. How did you cast the adult stars?

Gunn: First off, Sasha Grey was so hot. I cast adult stars I really like. If you watch the entire series, there are some similarities. After it was over, I found out I definitely have a type. It was just fun to make. The guys were happy to hang out with these smoking hot girls on set, and the girl were so happy doing something new. Yeah, I cast my favorites.

TF: I guess you did a lot of research for the episodes?

(Author’s Note: JG sounded genuinely exhausted when he said that.)

Gunn: Each episode is set in a different style. There’s late 80s, early 90s. One’s in a classic 70s style. It’s all there. But they all end kind of the same way. Something tragic usually happens before they get to sex, so it never happens. There’s a sort of Charlie Brown trying to kick the football that we carry through.