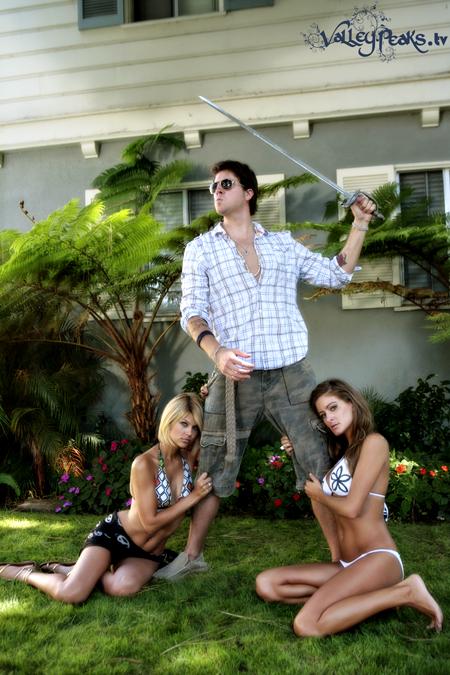 Did you see Gossip Girl this week? Was it super bad for you? Or how powerful was the newest episode of 90210? And are you so excited for Privileged? And what’s happening on The Hills lately, besides ground-breaking revelations about “friendship” and “betrayal?” It seems you can’t throw a silver spoon without hitting a show about the cool and sexy fun/drama in the lives of rich, good-looking, dumb people. Over it? Maybe it’s time to check out Valley Peaks from Chicken Cobra.

From its oxymoronic title to the hilariously overwrought theme song (courtesy of American Idol’s Brandon Rogers), Valley Peaks spoofs vapid CW-style teen soaps with deadly precision. The writers and cast create a perfect teen drama tenor; each delightfully heavy-handed line of dialogue is delivered with intentionally stilted acting from the perfectly cast players. As producer Kayvon Esmaili puts it, “Valley Peaks is what you get if One Tree Hill was on Telemundo. In English.”

Although everyone in the VP seems to have a moment of spot-on parody, a standout of the show is Tanner Beard portraying cool-guy Brady Breaker. Beard milks every long, “meaningful” soap opera moment for maximum absurdity. With deadpan self-importance he muses, “Women are like crocodiles. You never know 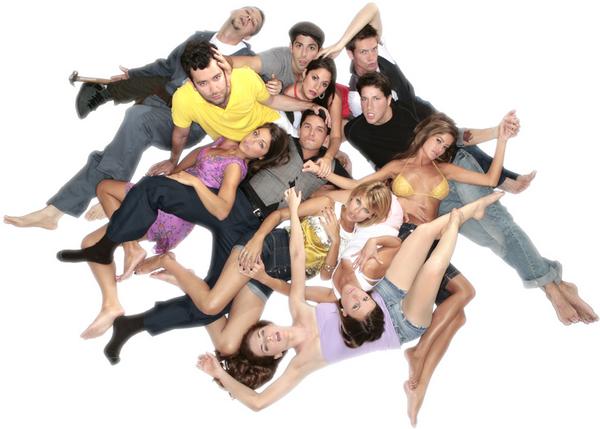 what they’re thinking.” Skier-turned-brooding paraplegic Reese Steele (Phil Donohue–no, not that one) also shines. The archetypical rich kids characters each have their own tried-and-true quirk: Danny Ringtune loves science! Brittany Mitchell is the hopeful new girl! Juliette Vanderkill is the bad girl! As the series progresses, Valley Peaks is sure to skewer even more tired clichés of rich-kid angst.

The foursome of Beard, Esmaili, Donohue and Phil Jessen write the 24-episode series, with Beard manning the director’s chair. They were also able to nab some name actors for guest star spots throughout the season like Brea Grant (Daphne on Heroes), Kellan Lutz (90210, Generation Kill) and American Idol’s Brandon Rogers who also sings the VP theme song.

And what teen drama would be complete without a little kissing? Cathy Baron, who plays Brady Breaker’s little sister Shelly, tells us, “I’m sure you’ve noticed that the kissing scenes aren’t …well…”normal” makeout sessions but rather a strange pecking action.” Each attempt almost outdoes the previous one in level of bizarre intensity. Baron alludes to one such encounter involving “Toffuti ice cream bars…all over our faces…I had to eat 5 ice cream bars for that scene!”

With just two episodes out so far, and 22 more to come, we’re looking forward to a big season of Valley Peaks drama. The third installment is out on October 17th with new episodes will be out every nine days at valleypeaks.tv and on their YouTube channel along with extra bonus vids (like the Splash Party music video) between episodes. Be sure to watch for upbeat montages with painfully cheesy music cues–over footage of the girls splashing each other at a car wash, Rogers, channeling Michael McDonald, warbles, “C’mon and have a splash party with me.”

Somewhere, deep in the Hollywood Hills, Lauren Conrad is shaking in her fringed leather moccasin boots.