TheWB.com Launches With A Bang – But Will The Content Live Up To The Hype?

After months of development, Warner Brothers’ web television portal TheWB.com officially launches today at 11:00 AM PDT–marking the first major push from a studio to create and distribute shows exclusively on the web. We had the chance to catch up with TheWB.com head Brent Poer and poke around the private beta of the site, chock-full of clever tech features that are impressive though not revolutionary. There’s a somewhat clunky video mash-up tool called “WBlender” which lets fans stitch together clips from older shows like Friends and Gilmore Girls. TechCrunch praised the video search function, made by Digitalsmiths, that lets viewers search for any word or phrase mentioned in a video. Pretty cool. But what about the original web shows?

At the head of the class is the college mystery drama Sorority Forever starring the original lonelygirl15 herself, Jessica Rose, along with Jessica Morris, Mikaela Hoover, Taryn Southern, Anabella Casanova, and Candice Patton. Peering inside the secretive walls of the hottest sorority on campus, Phi Chi Kappa, three young freshmen girls unravel a mystery bigger than they could have imagined. The Big Fantastic/McG-produced series brings a powerful cast and veteran creators, making it clearly the frontrunner in web TV’s packed fall lineup. Look for a TF News interview with the Big Fantastic guys later today.

Coming out of the Warner Bros. Creative Lab, Downers centers on four college-age friends who never left their suburban hometown, still living the high-school party life. WB.com head Brent Poer thinks this could be one of their biggest hits. “It’s a true buddy comedy in the ilk of Superbad.”

A comedy starring three fun-loving best friends with well-used Hollywood names – Suri, Apple and Shiloh – make a series of ridiculous short films and a faux-reality show called Whatever Hollywood. The series stars sisters Ellyn and Alyssa Ruschak as Suri and Shiloh with Jenny Alden as Apple.

This is straight out of the old WB’s wheelhouse, teen drama set in a small suburban town. This one’s unscripted, but is really more documentary than reality series, as it unfolds the production of a big-budget high school musical version of “The Wizard of Oz” in Hyannis, Mass. “It’s American Teen meets the drama club,” adds Poer. 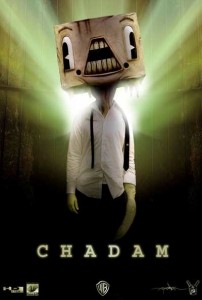 Another McG-produced series, through his Wonderland Sound and Vision production outfit, this college thriller is from web-hit Pink creators Blake Calhoun and Mike Maden of Alternative Fuel. Show is about a college student haunted by his hidden past while trying to avoid being discovered by his former associates.

From graphic artist Alex Pardee, based upon characters he created for the rock band The Used, the project has racked up some serious web buzz once the teaser trailer was shown at Comic-Con 2008. The “hyper-stylized” action-horror-adventure series is built off the 3D gaming framework that powers top video games “Gears of War” and “BioShock” to name a few. This one could be one worth waiting for.

Non-scripted shows on the docket:

A video diary of Mathieu Francis, an outgoing 21-year-old guy who wears makeup and dishes out his fashion, makeup and other tips. Plucked from YouTube and boasting a large MySpace following, vlogstar Mathieu makes his studio debut with WB.

This Aussie drama series features six teens at an uber-exclusive surf academy called Solar Blue, fighting it out to be chosen to make the pro surf circuit and a sponsorship deal. The show is actually an import from ABC1 Australia, and is already on its third season.

Another reality vlog plucked from its YouTube page, though arguably before any real audience had been built. This one follows two 20-something best friends-slash-“frenemies” who love to bicker at each other and ramble on while doing exciting things like head to Jack in the Box. Not sure what more can be said.

This reality dramedy series from creator Gary Auerbach (Laguna Beach) takes a girl from wealthy suburb in Orange County, CA and swaps her with a low-income Los Angeles teen, giving the pair “a whole new set of girlfriends, and even new boyfriends,” says Poer. “Gary has a great comic sense to him,” he notes, so this social experiment will most likely err on the lighter side of economic commentary.