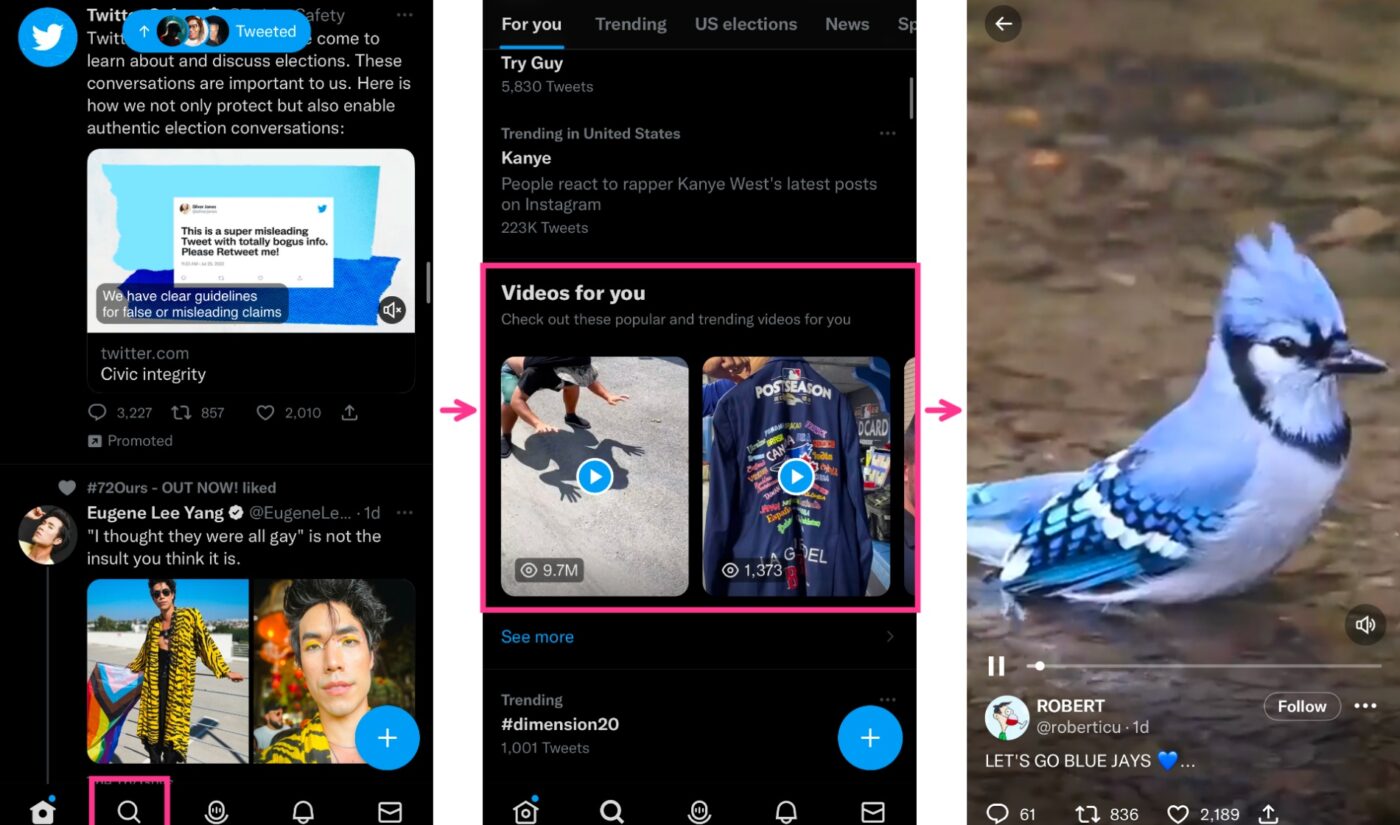 Twitter is carrying one of its defining 2022 trends into the new year: It is doing everything it can to adopt TikTok‘s signature formats.

After providing more support for vertical videos last September, Twitter is bringing its feed in line with TikTok’s. On iOS, tweet timelines now default to a “For You” order that resembles the similarly-named section of TikTok.

Twitter revealed the change through a pair of tweets. While the For You feed will surface algorithmically-recommended content, users will be able to find tweets from their follows with a single swipe. This “Following” tab will display tweets in reverse chronological order, in order to appease the Twitter purists.

See the Tweets you want to see. Starting today on iOS, swipe between tabs to see Tweets recommended “For you” or Tweets from the accounts you’re “Following.”

Changes on social media almost never go over well, and some naysayers are already dunking on Twitter in the replies to the platform’s introductory tweet. Instagram already tried moving away from a reverse chronological feed, and the decision proved so unpopular that Meta made efforts to show recent posts to its users.

Beyond the inevitable backlash that comes with an algorithmic feed, Twitter can at least find a silver lining. The platform’s pre-acquisition activity suggested that it wanted to move toward a TikTok-style display, and its current Chief Twit also prefers a feed that allows users to swipe between batches of tweets. By installing its new take on “For You,” Twitter is showing a sense of continuity that has been rare since Elon Musk took over the reins.

But who are we kidding? Even if this change is the sign of a new, more cohesive Twitter, users will still complain about it. After all, that’s the reason Twitter replies exist, isn’t it?