Cameo debuts kid-friendly shoutouts from brands like Cocomelon and Blippi 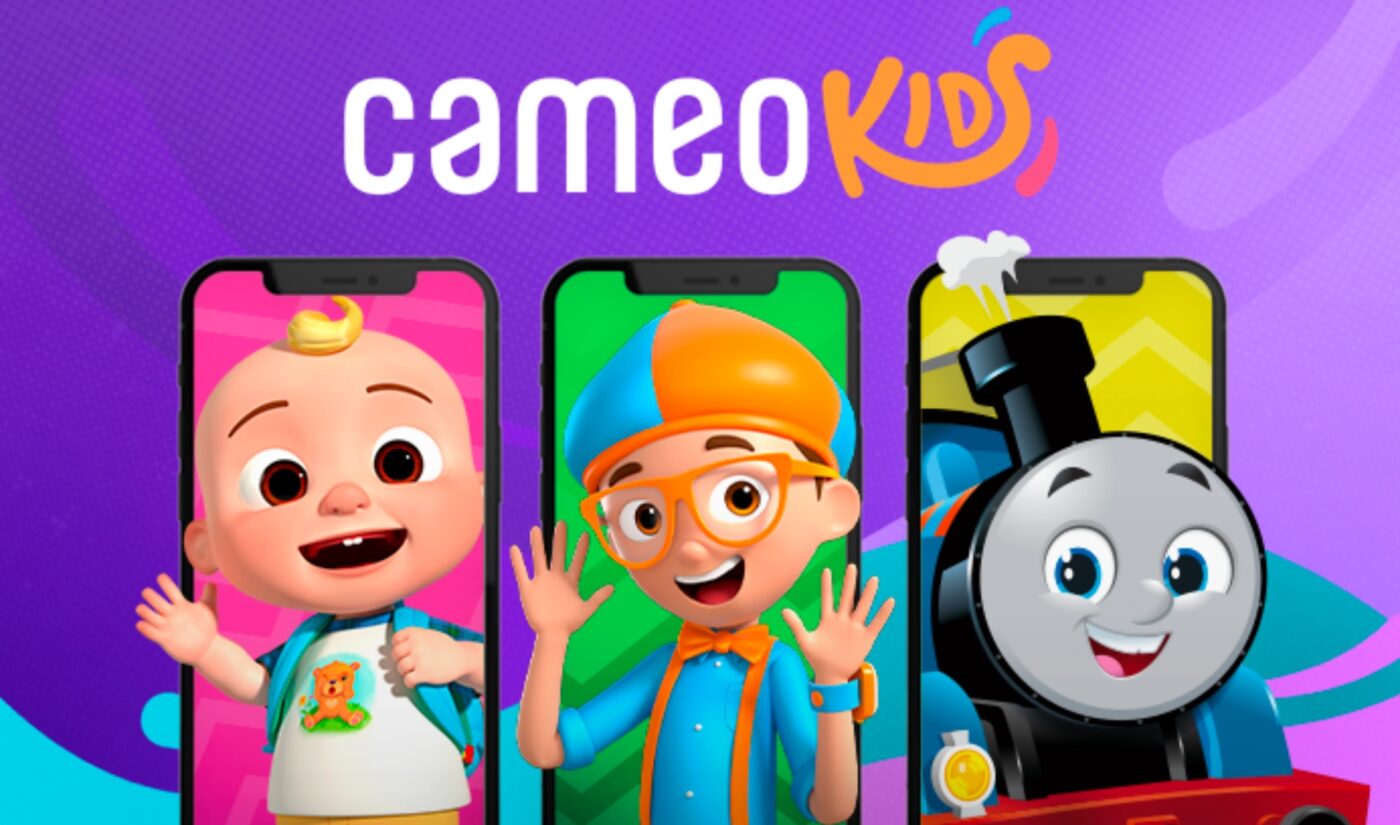 Through Cameo, celebrities have completed more than 2.5 million shoutouts requested by their fans. If you know a child who deserves a birthday greeting or a how-do-you-do, now there’s a Cameo option for that person — even if they don’t know who Jerry Gergich is. Digital-native brands like CoComelon and Blippi are offering shoutouts through Cameo Kids, a platform that has been launched in partnership with Candle Media.

Candle is supplying Cameo Kids with some in-demand characters for its all-ages request line. The media company owns CoComelon and Blippi thanks to its 2021 acquisition of London-based network Moonbug. CoComelon touts one of the most-watched YouTube channels in the world, and Blippi’s viewership is nothing to sniff at either. Even though Moonbug’s biggest properties have household names, parents will be able to book shoutouts from those channels with minimal fuss. Cameos from CoComelon characters or Blippi’s titular host cost just $30, which is well below the prices charged by some big-kid celebrities.

For kids who are more into traditional media, Cameo Kids will also offer greetings from Thomas the Tank Engine and Santa. An FAQ on the platform’s homepage notes that new characters will be added on a regular basis.

“We’ve seen jaw-dropping fan reactions to Cameo videos over the last few years including truly wowed children, so we’re excited to spread even more of that joy with this new offering,” said Cameo Co-Founder and CEO Steven Galanis in a statement. “Candle Media and Moonbug helped bring this to life by partnering with us to launch some of the biggest names in children’s entertainment and create endless possibilities for new characters and creative product use cases. We’re building a platform where families can get their kid’s favorite star to not just know their name but share support for every important moment in their child’s life – big and small.”

The partnership between Cameo and Candle Media comes at a time when both of them are experimenting with new products and formats. The former company expanded into live video earlier this year by letting users book some face time with the app’s stable of celebrities.

Candle, meanwhile, has spent its first year pushing its properties onto all sorts of platforms. A CoComelon live tour brought the channel’s ubiquitous characters to cities across North America throughout the fall. On the digital content side of this, Candle gave Blippi its first spinoff by providing supporting character Meekah with her own Netflix show.

Cameo was founded in 2017. In total, it offers shoutouts from more than 50,000 public figures, including influencers, actors, athletes, and socialites.