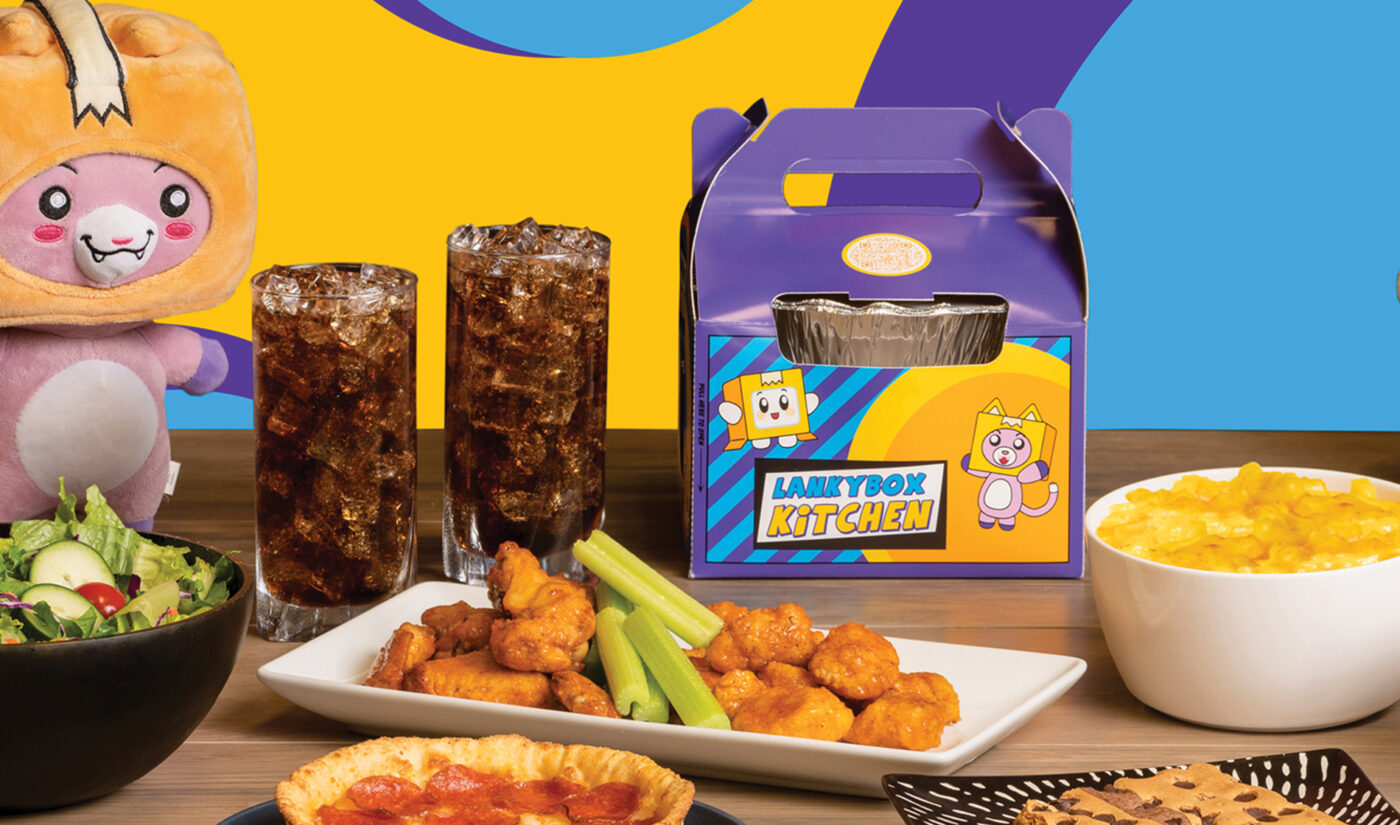 LankyBox, run by duo Justin Kroma and Adam McArthur, is one of the largest Roblox channels on YouTube. It launched in 2016 and to date has amassed more than 21 million subscribers and nearly 30 billion views across hundreds of Roblox gameplay videos and animations.

Each box also comes with a “special QR code that links to a secret LankyBox video,” as well as additional content that’ll be “launched in the coming weeks,” according to a press release.

LankyBox Kitchen’s menu is what you probably expect from a kid-friendly culinary concept. It’s got “Pizza Mac,” aka mac and cheese with cheddar, mozzarella, and pepperoni; personal-sized pizzas; “twice-baked” wings; and fries topped with cheese, Korean barbeque sauce, pepperoni, and jalapenos. Desserts include “Colorful Churros” dusted with cotton candy, sour apple, and blue raspberry-flavored sugar, and “Rocky’s Brownie Cookie,” named for another of Kroma and McArthur’s characters.

All of these dishes are delivery-only out of Chuck E. Cheese locations across the U.S.

David McKillips, CEO and president of Chuck E. Cheese’s parent company CEC Entertainment, added that his company is “thrilled to partner with VDC to lead the family entertainment and restaurant category with this new ‘eatertainment’ delivery-only dining concept with the massively popular LankyBox brand.”

VDC and Chuck E. Cheese added that the LankyBox rollout will be “supported by a unique marketing program featuring custom LankyBox content across [Chuck E. Cheese’s] social channels, as well as content and advertisements running inside all Chuck E. Cheese in-restaurant TV’s.”