Fanfix has 10 million users on its funding platform. Now it’s getting into the link-in-bio game. 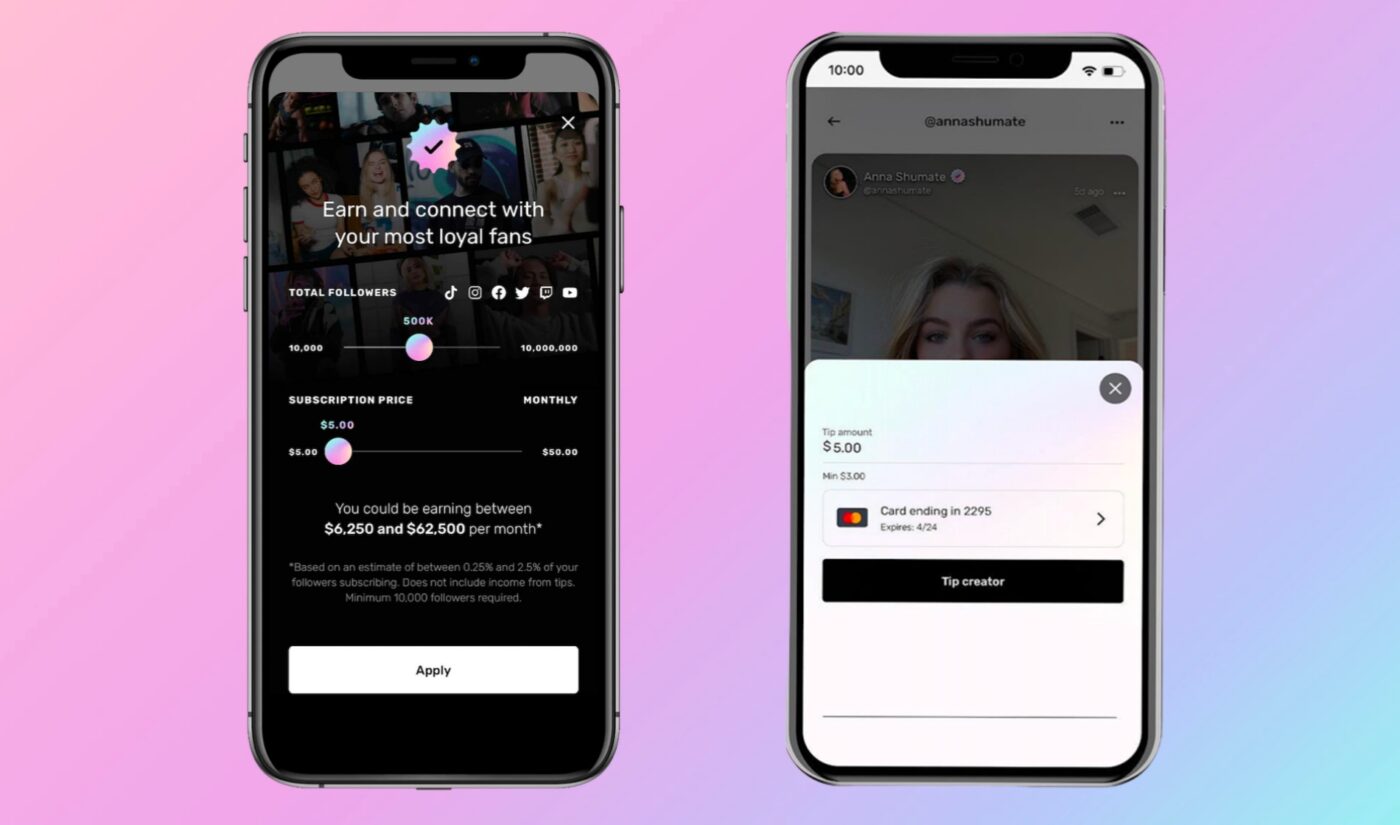 Patreon may be the best-known name in fan funding, but Fanfix is building a strong user base, and its newest product will bring in even more traffic. The monetization platform has rolled out an in-house link-in-bio service that will compete with similar products from companies like Linktree and Koji.

Previously, Fanfix used third-party links-in-bio to direct followers from Instagram and Snapchat to creators’ paywalled content. According to TechCrunch, the platform’s community requested an internal version of the popular feature.

“Fanfix has grown to 10 million users so quickly by focusing on monetization and putting creators first,” said the company’s Co-Founder, Harry Gestetner, in a statement. “Platforms have taken advantage of creators for so many years, so we are thrilled to launch the most monetization-centric, creator-first link-in-bio on the internet.”

Though Fanfix is not yet as big as Patreon, it has gathered a strong base by catering to Gen Z. Its high-profile users include one-time teen heartthrob Cameron Dallas and TikTok star Madi Monroe. With those influencers serving as linchpins, Fanfix has brought in nearly 10 million users even though it is only about a year old.

Fanfix is growing while competitor Patreon is experiencing an up-and-down year filled with layoffs and product launches. But Fanfix is looking well beyond the funding game: With its new product, it wants to take on the link-in-bio industry as well. “We plan to eclipse Linktree within 12 months,” the company told TechCrunch.

A statement like that tells us that Fanfix has no lack of confidence. If the service is able to add at least 20 million users in a single year (which it would have to do to have a chance at surpassing Linktree), that would be quite a feat. Of course, Linktree won’t stand still while Fanfix makes a run at it. The link-in-bio leader recently announced Payment Lock, a powerful monetization feature that will allow users to erect paywalls on all their URLs.