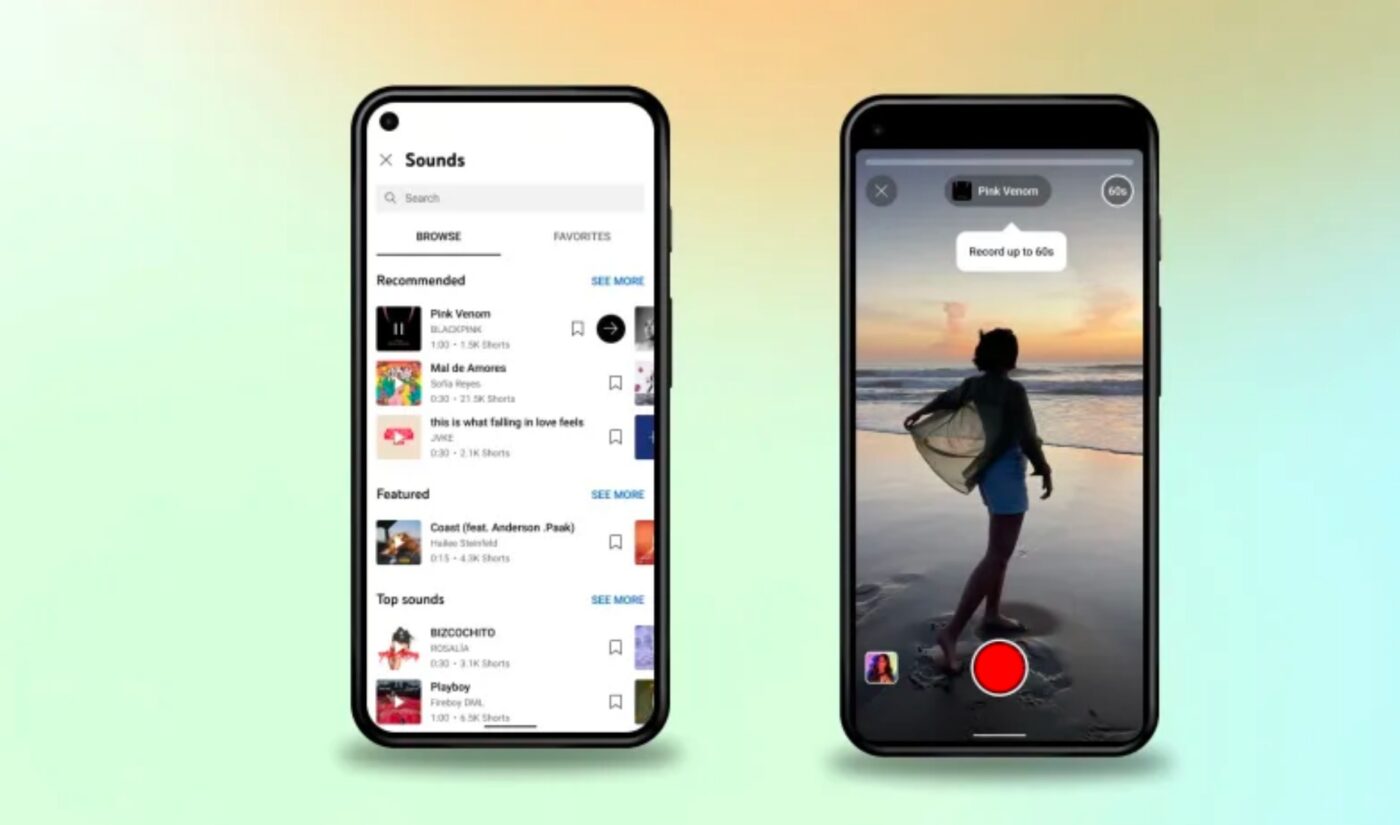 Creator Music isn’t even two months old, but it’s already getting an upgrade. YouTube is quadrupling the amount of licensed music that can be used in its short-form videos. Previously, Shorts snippets were limited to 15 seconds; now, that max has been extended to 30 seconds “for most tracks” and up to 60 seconds for some.

Individual music publishers will decide whether to offer 15-, 30-, or 60-second chunks to creators. Obviously, a YouTube Shorts upload will need to be at least 60 seconds long in order to use 60 seconds of music on its soundtrack.

YouTube noted that the longer licensed cuts are rolling out gradually. “We invite you to use longer snippets of licensed music from your favorite artists to add some extra flare to your Short, and try out longer segments of original sounds from other eligible Shorts and VODs to put your own unique spin on the content you love,” reads an update from the platform.

By permitting more music in its Shorts, YouTube hopes to cut down on the number of DMCA notices creators receive. If micro-video channels can be spared from thorny rights issues, they will be more likely to implement the ads that are coming to YouTube Shorts next year.

YouTube is also updating the channel where it shares its updates.

If you want to learn about new features and discover the best ways to implement those tools on your channel, Creator Insider is the place to go. The YouTube-run channel has raised its profile during the pandemic, but the style of its videos has remained simple. Usually, Creator Insider updates consist of self-filmed monologues delivered by YouTube employees.

That’s about to change. The latest Creator Insider introduced a new set in response to viewer feedback. Now, YouTube’s insiders have a desk they can sit behind, and from the sound of it, they’re about to fill that desk with curios from across the platform.

Though Creator Insider has a spiffy new look, it’s essentially the same show as before. The latest episode discussed a few recent developments on YouTube, including the launch of a live Q&A feature and the introduction of personalized handles.