Two Twitch streamers got married. You can probably guess where they broadcasted their nuptials. 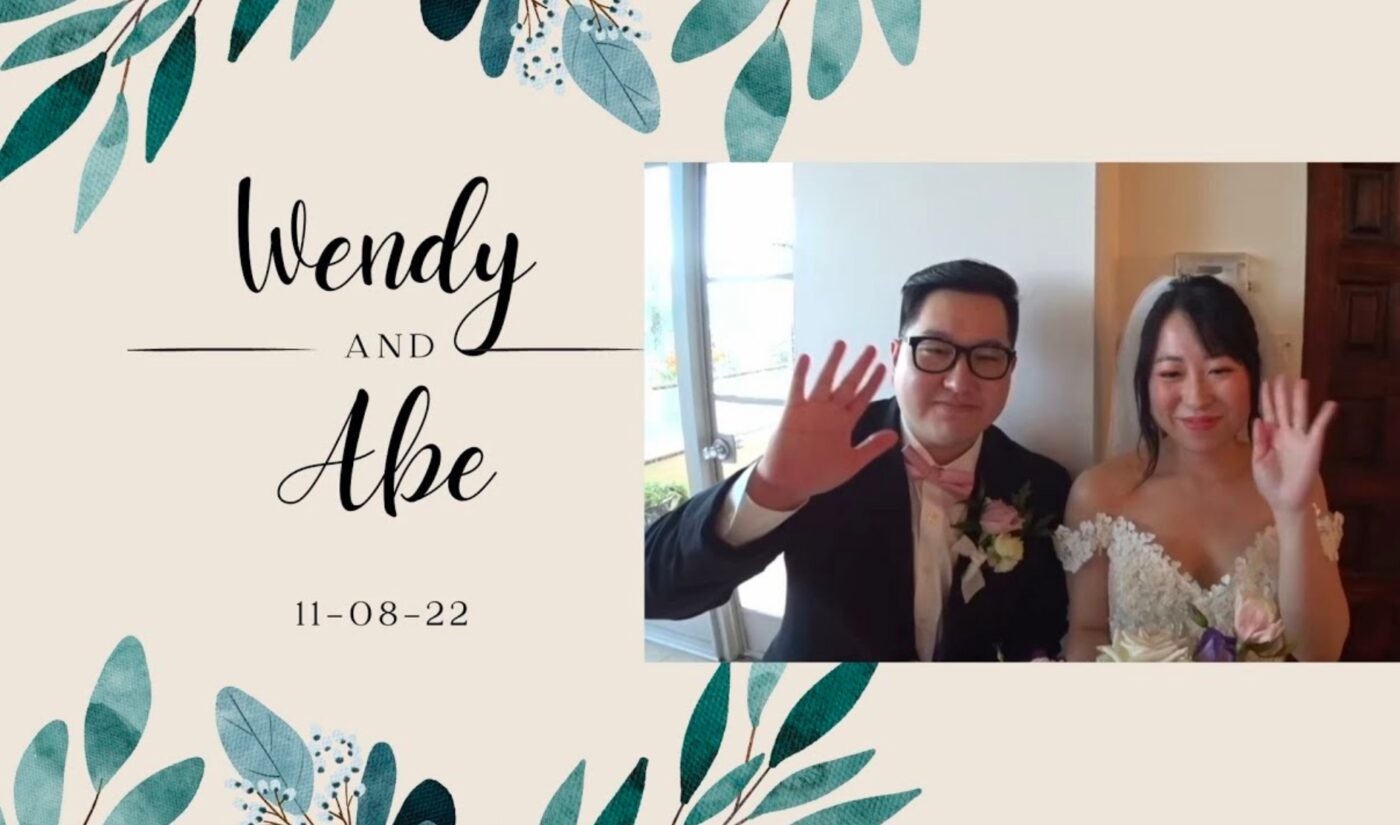 Two streamers got married, and the whole world got to watch them declare their love for one another. Abe and Natsumiii shared a feed of their wedding on Twitch and got fellow creator Disguised Toast to host it.

Natsumiii (whose real name is Wendy) met Abe in 2016. The couple got engaged in 2021. Both streamers reach significant audiences on Twitch: Natsumiii has about a half-million followers, while Abe has 285,000 of them.

Their November 8th wedding featured a star-studded guest list. Disguised Toast (real name Jeremy Wang) was not the only member of Offline TV to celebrate his friends’ matrimony. Valkyrae, LilyPichu, and Fuslie, all of whom recently signed exclusive contracts with YouTube Gaming, served as three of Natsumiii’s bridesmaids.

Other attendees included tastemakers from the online video industry’s earliest days to the present. Ryan Higa and Ludwig both showed up after previously establishing an Abe fan club on Twitter. The wedding cake came courtesy of QTCinderella, who streamed the baking process on Twitch (of course).

The wedding stream went live on Natsumiii’s channel. At its peak viewership, the broadcast earned 60,000 concurrent viewers, according to an email from Twitch. In total, that two-hour stream has picked up more than 440,000 hits. That sort of viewership is to be expected when you fill a room with creators who have a combined follower count of 125 million.

You are all invited to our wedding..

The ceremony will be live streamed 🥰

Cya all in the afternoon!

After declaring their unyielding love for one another, the two newlyweds returned to business as usual. Both Abe and Natsumiii went live on November 10 with streams whose titles referenced their new marital status.