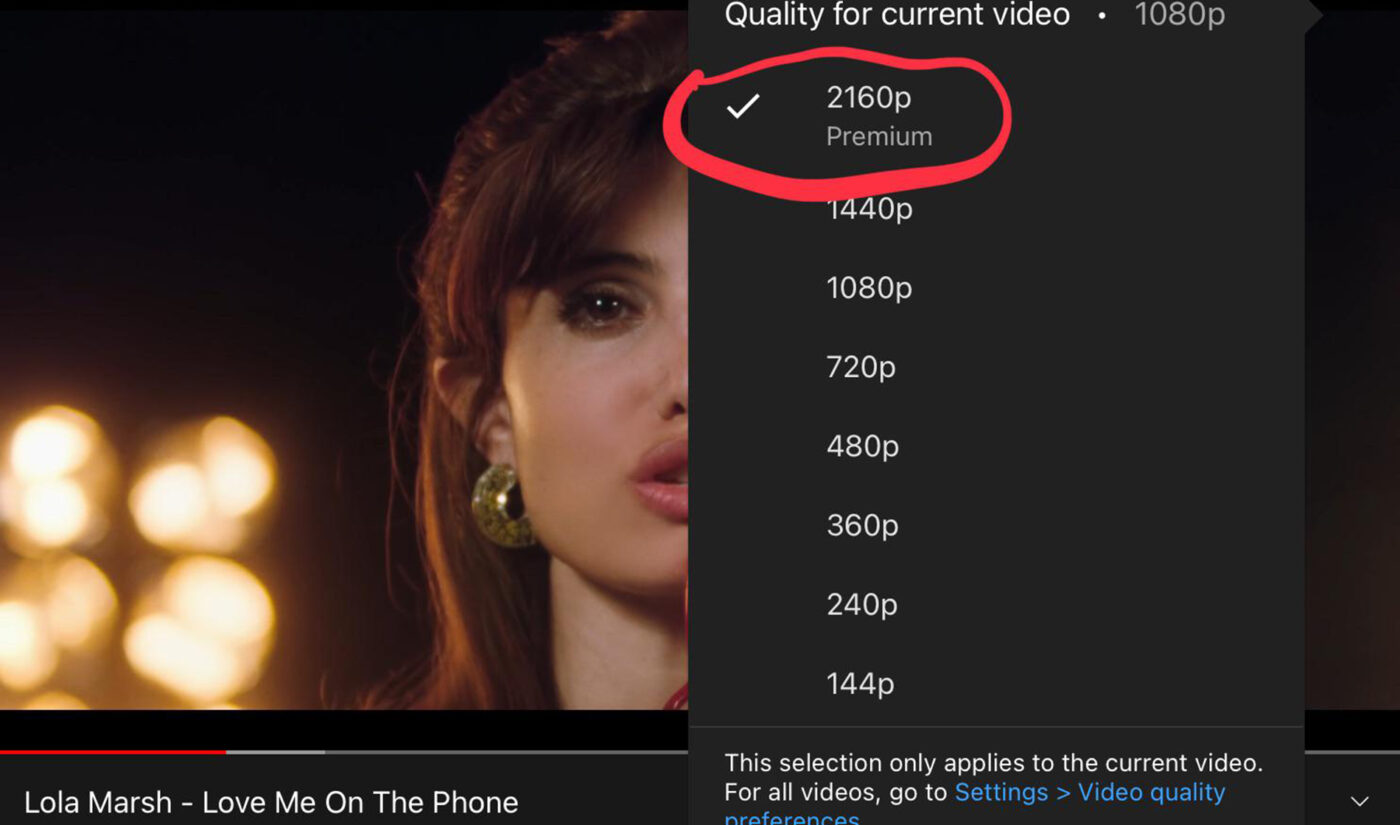 YouTube‘s $11.99-per-month Premium subscription started with one big draw: It would let people access the platform’s original productions. But when YouTube unpaywalled all originals, then soured on originals entirely and stopped making pretty much everything except occasional educational programming, that selling point went away.

Don’t get us wrong—Premium still has a major selling point, and that’s ad-free viewing. It’s also got background play, comes with access to YouTube Music ($9.99 per month on its own), and allows video and song downloads.

But without originals, it’s maybe not as enticing as it once was.

And it seems YouTube’s out to change that.

The platform is considering restricting 4K (aka ultra hi-def) viewing, which is currently free for all users, to just Premium subscribers.

A live test was spotted by Reddit and Twitter users and first reported by TechCrunch. Screencaps from users in the test (one of which is embedded above) show that the highest video resolution—2160p—is now locked, with a little caption reading “Premium.” The test caps resolution for non-Premium users at 1440p.

It’s not clear how widespread the test is. And, as with all experimental features, it’s possible this one might not be implemented as a legit, permanent thing for all users.

To be on the safe side, though, you might want to cherish those 2160p vids while you can.