You can now reply to YouTube comments with a Short 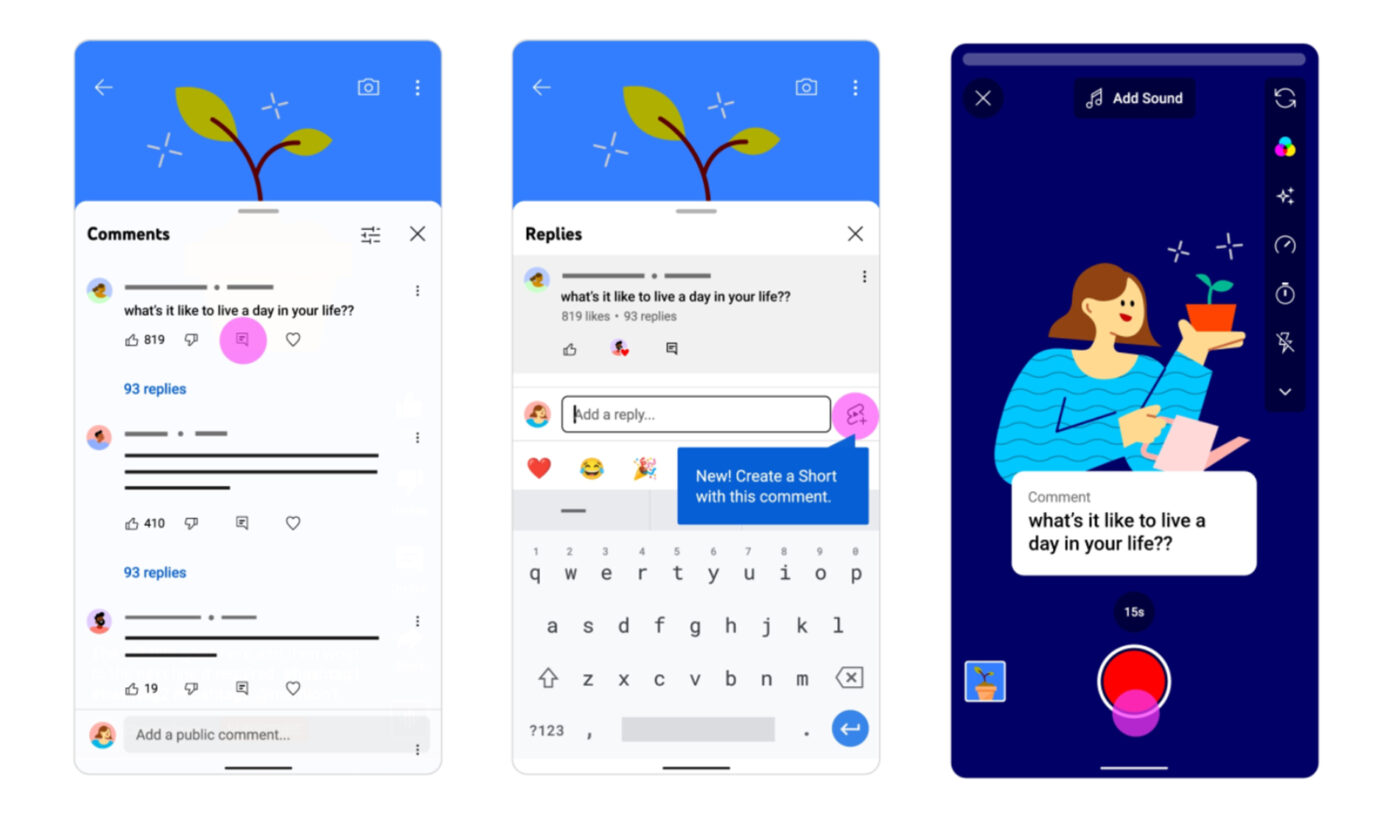 YouTube is adding some major things to Shorts—including ads and an expansion of its Partner Program.

But it’s also continuing to roll out smaller features and perks it clearly hopes will drive users toward making and watching content on its TikTok competitor.

This week, it debuted two newbies: the ability to address viewers’ comments directly in a Short; and Sounds on Shorts, a YouTube Music tie-in.

In regards to the first, Team YouTube said in a Community/Help Center post that it’s gotten creator feedback saying folks want to be able to “feature” comments they get on their Shorts content. The new tool allows that by popping up a “Create a Short” button when creators tap “Reply” next to comments on their videos.

Tapping “Create a Short” will pull that comment—showing its text and the user icon/name of the commenter who submitted it—into the Shorts editor and overlay it on a video.

If this whole deal sounds familiar, it’s because TikTok has long had that feature, and for once even Instagram was quicker to the punch: it announced Reels Visual Replies late last year.

YouTube said the tool is in the process of rolling out and will be available for all Shorts creators on iOS “in the coming weeks, with Android launching down the road.”

It added that featuring comments “is the first of many [updates] for the comment experience on Shorts—we’re also exploring ideas like notifying commenters when their comment is highlighted.”

As for Sounds from Shorts, YouTube arguably has a slight leg up on TikTok: its long-established relationship with the music industry. (Although that relationship is still not without controversy.) It’s got a bevy of licensing deals, some of which allow for an estimated 80 million songs to be streamed on YouTube’s music service YouTube Music.

The tool also works vice-versa—if someone’s on YouTube Music and hears a song they want to use in a Short, they can save it to a dedicated “Sounds from Shorts” playlist that can be accessed from the Shorts editor.

It’s not clear if every song on YouTube Music is available for use in Shorts, but the new tool seems broadly aimed at encouraging cross-flow between the content made on Shorts and the songs streamed on its music service.