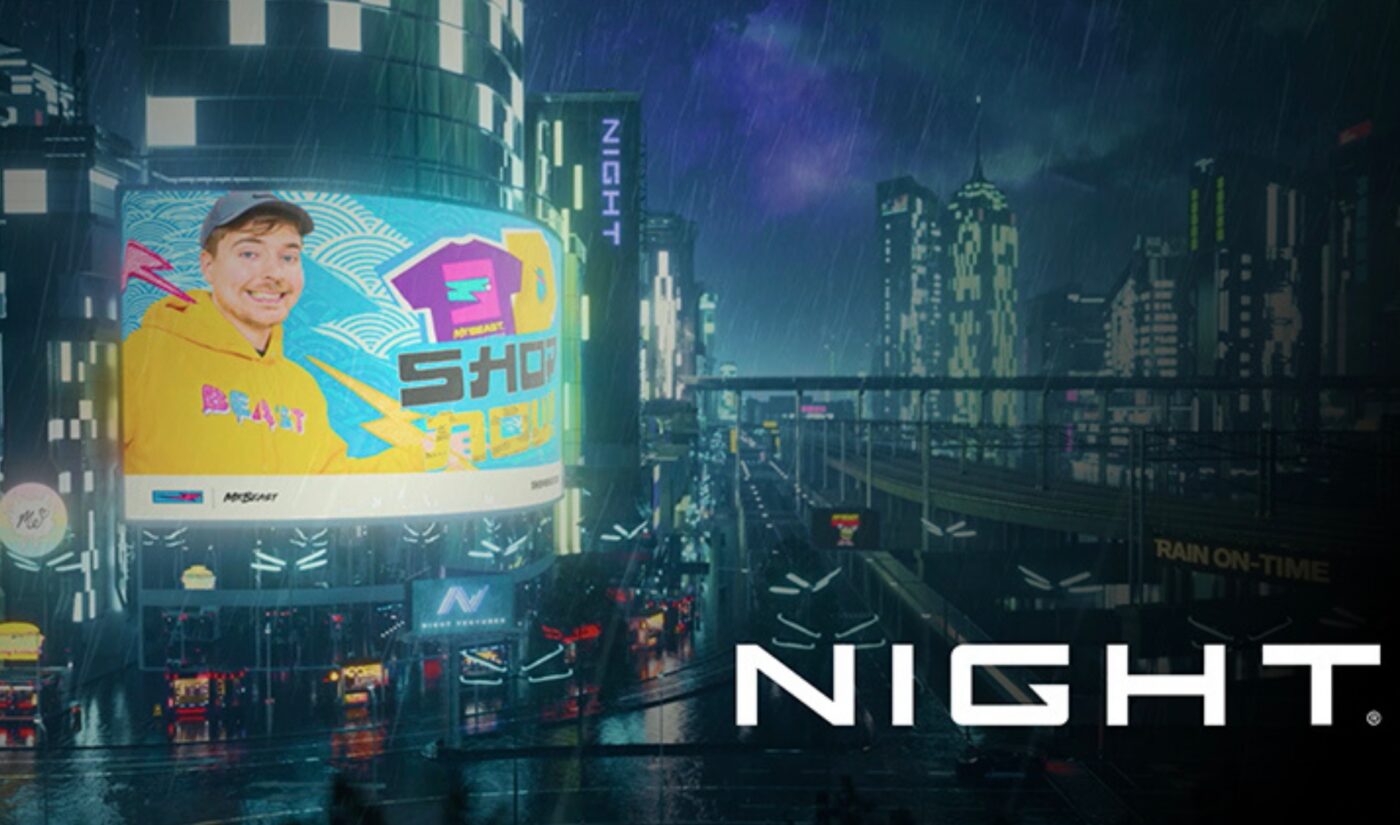 As Night Media hunts for new opportunities on behalf of its partner creators, it is looking to spend a hefty sum on consumer-facing companies. The management firm has teamed up with The Chernin Group to announce Night Capital, an investment company with $100 million at its disposal.

Night Capital will focus on “acquiring established consumer-facing companies in partnership with leading talent,” according to a press release. Translation: Night will use its nine-digit war chest to pick up majority stakes in the companies it backs. Then it will connect those entities to creators, who will help guide “the strategic vision and future business growth” of Night Capital’s assets.

The establishment of Night Capital comes at a key inflection point for the creator economy. Influencers are becoming investors, and several companies — including Karat, Creative Juice, and CreatorDAO — are providing platforms that facilitate that trend. Other creators, such as the D’Amelios, have launched investment funds of their own.

Night has played a key role in that movement. It established a $20 million fund last year that also targets “gaming, consumer, and the creator economy.” Night Ventures, as that fund is known, focuses on seed-stage investments rather than acquisitions.

Night Capital is a different beast altogether (and I don’t mean MrBeast, who is Night Media’s best-known client). The 2021 fund was supported by Night’s creators, but Night Capital is a joint venture with The Chernin Group, which invested in Night as part of the new partnership.

The Night Capital board will include Night Founder and CEO Reed Duchscher, Chernin Group Co-Founder and Partner Mike Kerns, and Alexandra Moore, who will serve as the Managing Director for the new venture. Another member of that board, Night President Ezra Cooperstein, has his own history with The Chernin Group. Cooperstein previously served as the President of the multi-channel network Fullscreen, which The Chernin Group and AT&T acquired in 2014.

Fullscreen is no more, but thanks to Night Capital, The Chernin Group will get another opportunity to invest in the online video industry. “We are really excited to be working with Reed, Ezra and the team at Night Media. They are some of the most entrepreneurial and creative company builders in the creator economy,” Kerns said in a statement. “Our experience investing and helping build scaled consumer brands will be a great match with Night and their creators.”

Night represents dozens of the most popular creators in the world. In addition to MrBeast, the company’s roster includes Safiya Nygaard, ZHC, and Courteezy.